The Jockey Club CPS Limited (“JCCPS”) is the not-for-profit operator of Tai Kwun – Centre for Heritage and Arts (“Tai Kwun”). With the support of its Advisory Committee, JCCPS is responsible for the overall management of Tai Kwun.

Chin Chin Teoh, Director of JCCPS, oversees and leads the management and operations of Tai Kwun. Timothy Calnin, Director of Tai Kwun Arts, is responsible for Tai Kwun’s artistic direction, including the organisation of contemporary art and performing arts programmes as well as programme related fundraising.  The two directors work closely together with a view to offering visitors the best heritage and arts experiences. 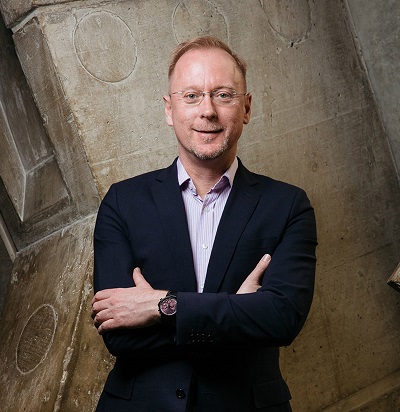 Town Planner by profession, the Hon Andrew LAM is an active supporter for heritage conservation and cultural development. He serves on a number of advisory committees, including Commercial Letting Panel of West Kowloon Cultural District Authority and Advisory Committee on Countryside Conservation of Environmental Protection Department, Hong Kong SAR Government. He was Chairman of the Antiquities Advisory Board. The Hon LAM holds a Bachelor of Science Degree in Urban / Regional Planning and Analysis from Buffalo State University in the United States.

Mr. CHING is a retired Chief Executive Officer of Sotheby’s Asia and Chairman Emeritus.  He joined Sotheby’s in 2006, and was responsible for developing the strategic expansion of the company in the region, particularly into Mainland China.  Prior to joining Sotheby’s, he was previously a partner in Johnson Stokes & Master, and a board executive director and group legal counsel of Dickson Concepts (International) Limited.  Mr. CHING holds a Master degree in Law from London University, and is qualified to practice law in Singapore, England, Wales as well as Victoria, Australia.

Ms Winsome CHOW is the Chief Executive of Hong Kong Arts Development Council. Since joining HKADC in 2015, she has been introducing improvements to the Council’s long-standing grant schemes and devising new ones, like the Matching Fund Scheme that has helped arts groups to grow with the support of their donors and sponsors.  Ms CHOW worked in the Leisure and Cultural Services Department of the Hong Kong SAR Government, having managed and programmed for 14 performing arts venues. With extensive experience and knowledge in arts administration, she proactively develops art programmes and collaborating initiatives to incubate local artistic talents and promotes cultural exchanges. She also serves on the boards or arts related committees of several arts and cultural institutions, sharing her experience of arts administration. Ms CHOW obtained a Bachelor degree in Social Sciences from The Chinese University of Hong Kong and a Master degree in Human Resources Management and Development from the University of Leicester in the UK.

Mr. Kenneth FOK is the Member of the National Committee of the Chinese People’s Political Consultative Conference, Vice Chairman of the All-China Youth Federation, Member of the China Federation of Literary and Art Circles Cooperation, and Member of the Legislative Council of the HKSAR (Sports, Performing Arts, Culture and Publication).

He is currently the Vice President of the Fok Ying Tung Group overseeing the Groups’ investments in Hong Kong and Mainland China.  Mr. FOK has been a staunch supporter of culture and arts development, He is currently a member of Hong Kong Art Development Council, Board Member of West Kowloon Cultural District Authority, and Executive Vice President of China Federation of Literary and Art Circles Hong Kong Member Association. he founded Guangzhou Nansha Cultural Association in Guangzhou and Culture Action in Hong Kong in 2013 and 2018 representatively. In 2019, Mr. FOK organized Guangzhou-Hong Kong Marco Parent-child Art Carnival in Guangzhou Nansha to promote the establishment of a Greater Bay Area cultural and arts exchange platform. In 2021, Mr. FOK initiated a project called “The ARThletes” with the aim of enhancing the interaction between artists and athletes and setting a new trend of cross-sector collaborations.

Ms Bowie LAM is the founder and executive director of Teens Key - Young Women Development Network, which campaigns for sexual and reproductive health and rights through advocacy and services to young women and girls. Ms LAM holds a Bachelor (Honours) degree in Social Sciences from Lingnan University and Master Degree of Social Science (Non-profit Management) from The University of Hong Kong. She is one of the recipients of The Hong Kong Jockey Club Chicago Booth Executive MBA Program Scholarship.

Mr Dick LEE retired from the office of Commissioner of Police in 2007 after 34 years of distinguished service, including several years at the former Central Police Station. Mr LEE was awarded the Gold Bauhinia Star Medal in 2007 for his outstanding public service. He is now Executive Director for the Hong Kong Institute for Public Administration and Trustee of New Asia College, The Chinese University of Hong Kong.

Mr Weber LO is the Chief Executive Officer of Hang Lung Group Limited and Hang Lung Properties Limited. He has rich experience in business management regionally spanning from the banking sector to fast-moving consumer goods industry. Prior to joining Hang Lung, Mr LO was Citi Country Officer and Chief Executive Officer for Citi Hong Kong and Macau. He currently serves as Member of the Board of Inland Revenue, Hong Kong SAR Government and formerly served as Board of Director and Executive Committee Member of The Community Chest of Hong Kong, and the Committee on Financial Assistance Scheme for Family Members of Those Who Sacrifice Their Lives to Save Others under the Labour and Welfare Bureau, Hong Kong SAR Government, etc. Mr LO obtained a Bachelor degree in Social Sciences from The University of Hong Kong.

Mr Jeremy YOUNG is District Councillor of the Central and Western District, the Peak Constituency. He is the Chairperson of District Affairs Committee (HK Island) of the Liberty Party. Mr YOUNG actively participates in various public services, which includes serving as a member of The Outward Bound Trust of Hong Kong Limited, Hong Kong Professionals and Senior Executives Associations and The Hong Kong Institute of Directors respectively and a Scholarship Panel Member of Lee Hysan Foundation. Mr YOUNG previously was Executive Director at a global executive search firm. Prior to that, he was Political Assistant to Secretary for Education for the Hong Kong SAR Government. Mr YOUNG obtained a MA in Economics and Management from the University of Oxford and an MSc in Management from The London School of Economics and Political Science, The University of London.

Tai Kwun Culture and Arts Company Limited Board of Directors

Mr Benjamin Cha is Chief Executive of Grosvenor Asia Pacific. He was previously Managing Director, Head of Global Real Estate, Greater China, for UBS Global Asset Management and Co-CEO for UBS/Gemdale, and prior to that was Executive Director and Head of HKR Asia-Pacific for HKR International. Mr Cha is a long-standing supporter of institutions for contemporary art in Hong Kong and serves on the board of M+, is Co-chair of the Board of Asia Art Archive, and serves on the Advisory Committee and Art Working Group of Tai Kwun Centre for Heritage and Arts. He serves on the Asia Council for the Serpentine Galleries and previously served on the Asia-Pacific Acquisitions Committee for Tate. Mr Cha has a Master of Business Administration degree from Stanford University and a Bachelor of Arts degree in International Politics and Economics from Middlebury College.

Mr David PONG is Director of Shui Wing Steel Limited. Devoted to promoting the Chinese ink tradition, Mr PONG serves on numerous government committees and boards of non-profit organisations, he is the Chairman of the Ink Society, member of the Board of Directors of M Plus Museum Limited and Acquisitions Committee. Previously, he was Chairman of the Board of Trustees of the Friends of the Hong Kong Museum of Art, Council member of the Hong Kong Academy of Performing Arts, member of Board of Governors of Hong Kong Arts Centre, member of the Board of Directors of Asia Art Archive and Trustee of the Asian Art Museum of San Francisco. Mr PONG graduated from the Wharton School of the University of Pennsylvania.

Mr Alexander WONG is Co-Chairman of Parkview International Limited. Mr WONG is a Committee Member of The Customs and Excise Service Children’s Education Trust Fund and a Member of Beijing Municipal Committee of the Chinese People’s Political Consultative Conference.