Anne & Zef is adapted from an original play of the same name by Dutch playwright Ad de Bont. Anne Frank and Zef Bunga both live in fear of being discovered. Anne is hiding from Nazi troops in the Jewish Holocaust in World War II, while Zef is trapped at home in a society where families avenge one death with another in the Albanian war crisis in the 1990s. For survival, one has to sacrifice their youth and forcibly take on a life of hardship without a choice. Who killed the dream of the two 15-year-olds? Who wrote a dirge for these struggling youths?

The Mango Tree has overseen the Tai Kwun Parade Ground for years. While history has been written and re-written, only the tree stands still.

Before the performance of Anne & Zef, join “Seven Foot Six And A Half” and choreographer Hoi-yan Char at Mango Tree as they illustrate the tree’s life with bassoon and dance. Evoking the audience’s hearing and senses, the tour will reveal the idea of time through the hundred years of the Mango Tree. It is a prelude to the contemporary opera about a pair of youngsters struggling in the waves of historical events yet not forgetting to dream.

Performed in Cantonese and English with bilingual surtitles.

Recommended for ages 12 and above.

The performance will last for approximately 45 minutes without intermission. 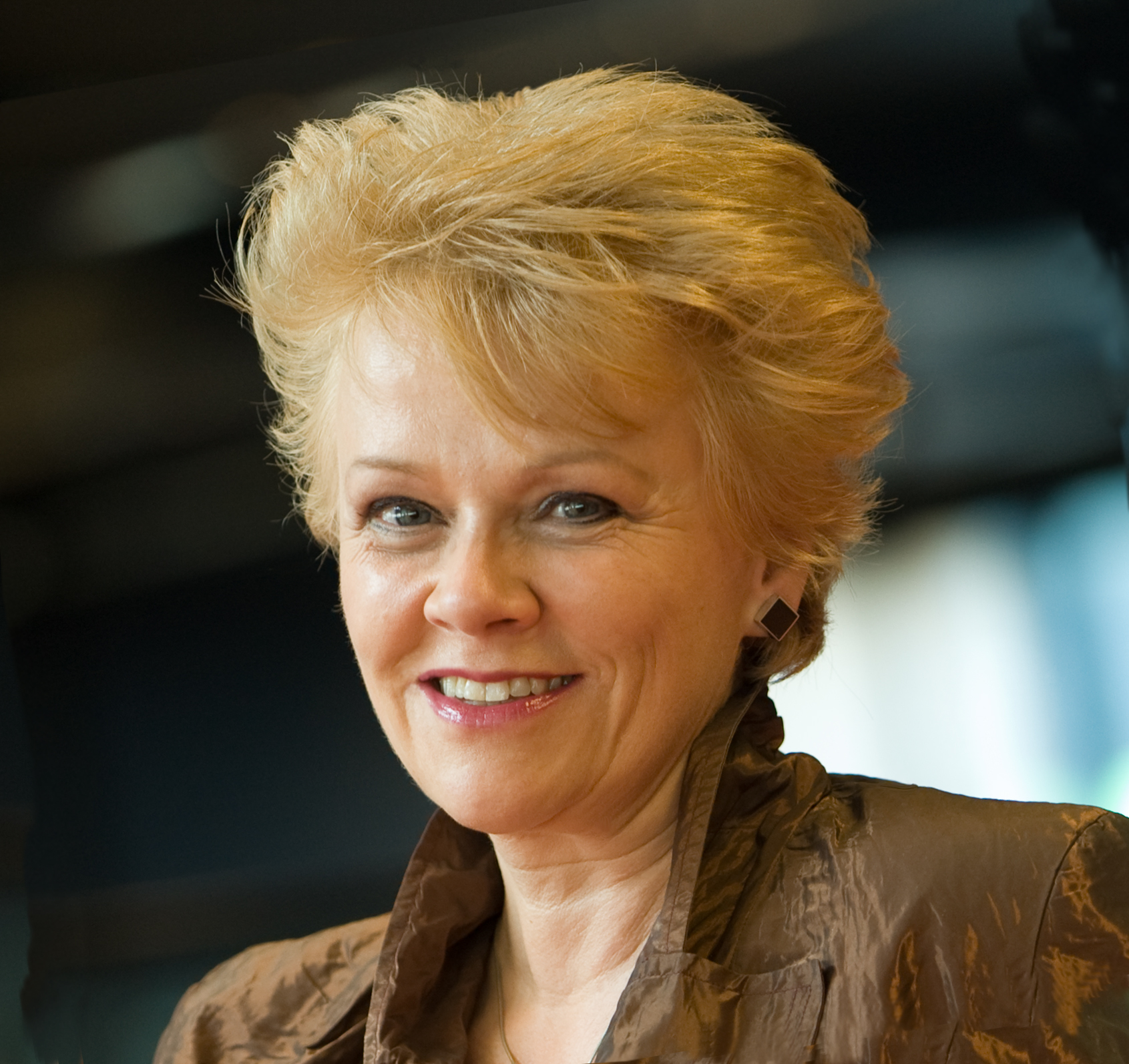 Dutch composer/soprano/conductor Monique Krüs studied classical voice at the Mozarteum Salzburg and was engaged for 3 years at the Opera House in Essen(G). She has worked with conductors such as Peter Eötvös, Markus Stenz and Reinbert de Leeuw as well as with directors such as Hans Neuenfels and Dietrich Hilsdorf. She sang lead roles in a.o. La Traviata, Ariadne auf Naxos, Entführung aus dem Serail and Rake's Progress and took part in many world premieres.

As a composer she is self-taught. The emphasis in her colorful compositions is on vocal music and her vast experience as a singer proves to be very valuable. In 1995 her composing career took off with music for Dutch National TV for which she wrote and produced many songs, tunes and sound design.

International premiere of Anne & Zef was in Rome 2017. Asia Debut had happened in May 2018 in Beijing Modern Music Festival. 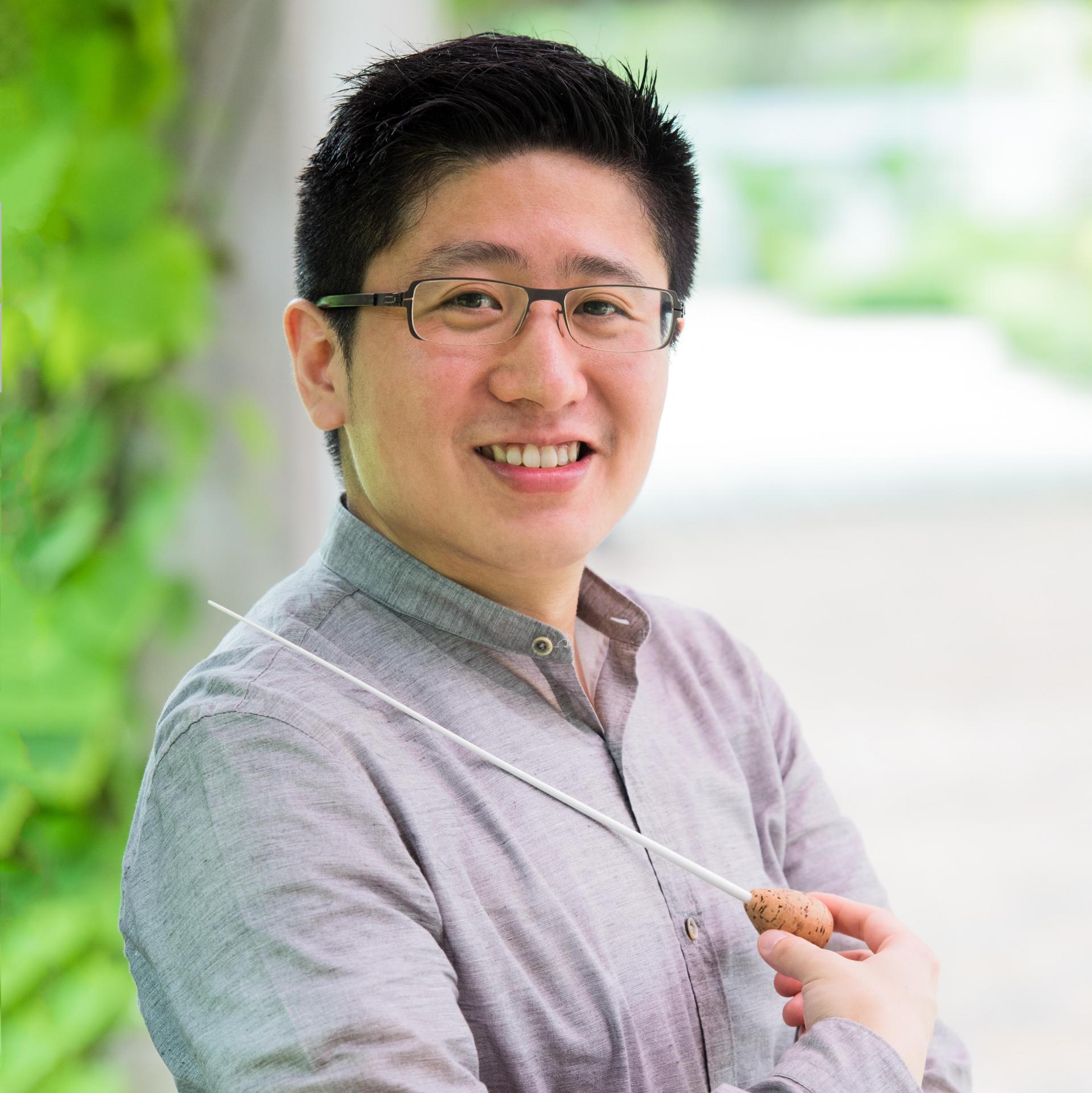 Highly praised for his remarkable rhythm by La Presse Montreal, multi-talented conductor and percussionist Vicky Shin has worked with various ensembles throughout Asia, North America and Europe both in conducting and percussion.

Graduated from the Eastman School of Music with a Master in Conducting and Schulich School of Music at McGill University, his principle conducting teachers includes Brad Lubman and Peter Eötvös, He focuses on performing works by living composers as the interaction between performer and composer is very special to him which makes the 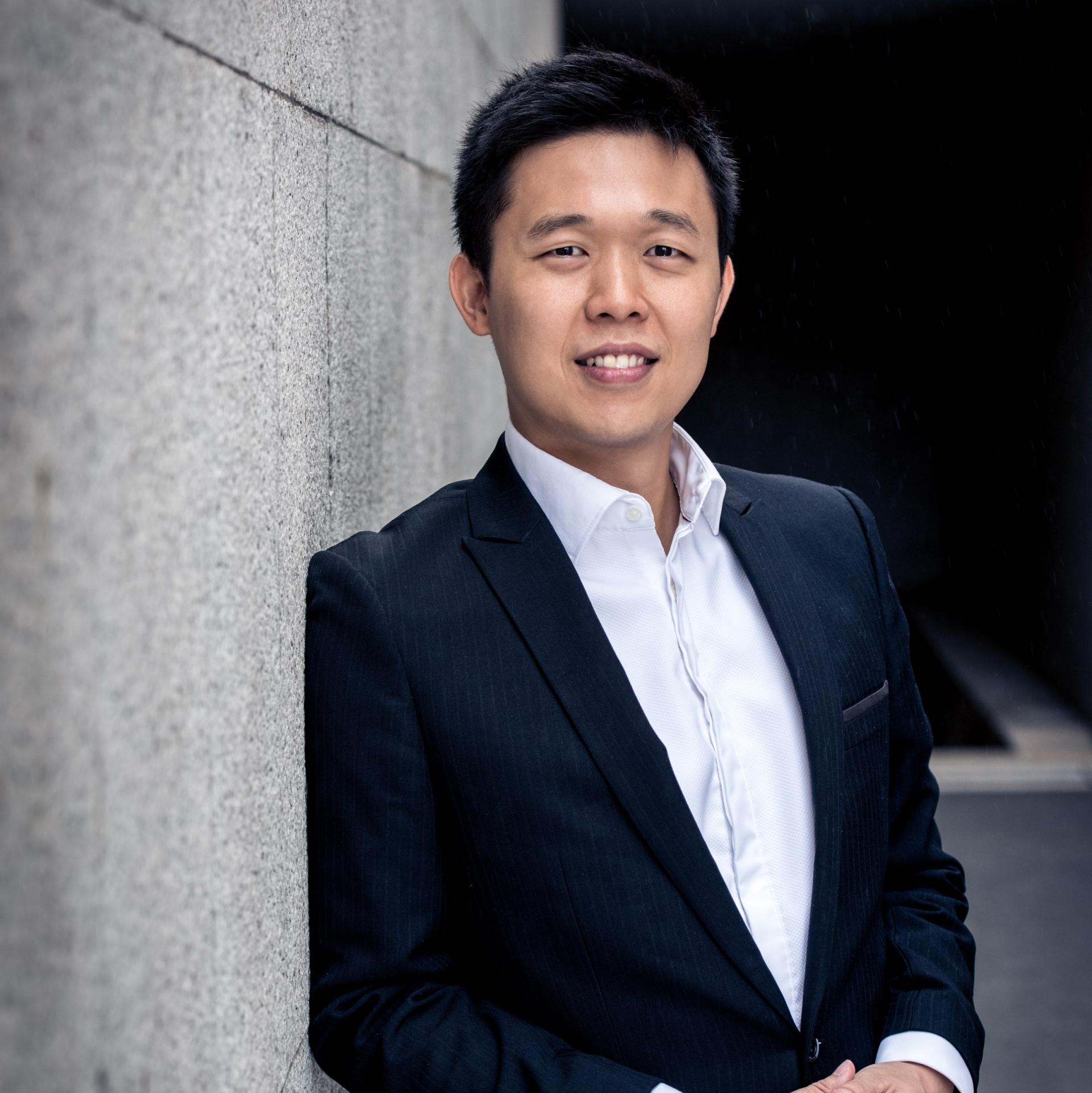 Lam Kwok Ho has performed in opera productions by Opera Hong Kong, Musica Viva and the Hong Kong Academy for Performing Arts. His operatic credits include Sciarrone in Tosca, Somnus in Semele, Marco and the title role of Gianni Schicchi, Lindorf/ Coppélius/ Dr. Miracle/ Daperdutto in Les contes d’Hoffmann. As a concert soloist, he has performed Beethoven’s Choral Fantasy and Bach’s Christmas Oratorio under the baton of Helmuth Rilling. His recent performance includes Guglielmo in Cosi fan Tutte (Taiwan).

He received his Master of Music degree from the Hong Kong Academy for Performing Arts under the tutelage of renowned soprano Nancy Yuen. He has participated in masterclasses by Nelly Miricioiu, Renée Fleming, Eric Halfvarson, Thomas Quasthoff, Dennis O’Neill, Rudolf Piernay, Wolfgang Brendel and Helen Donath. 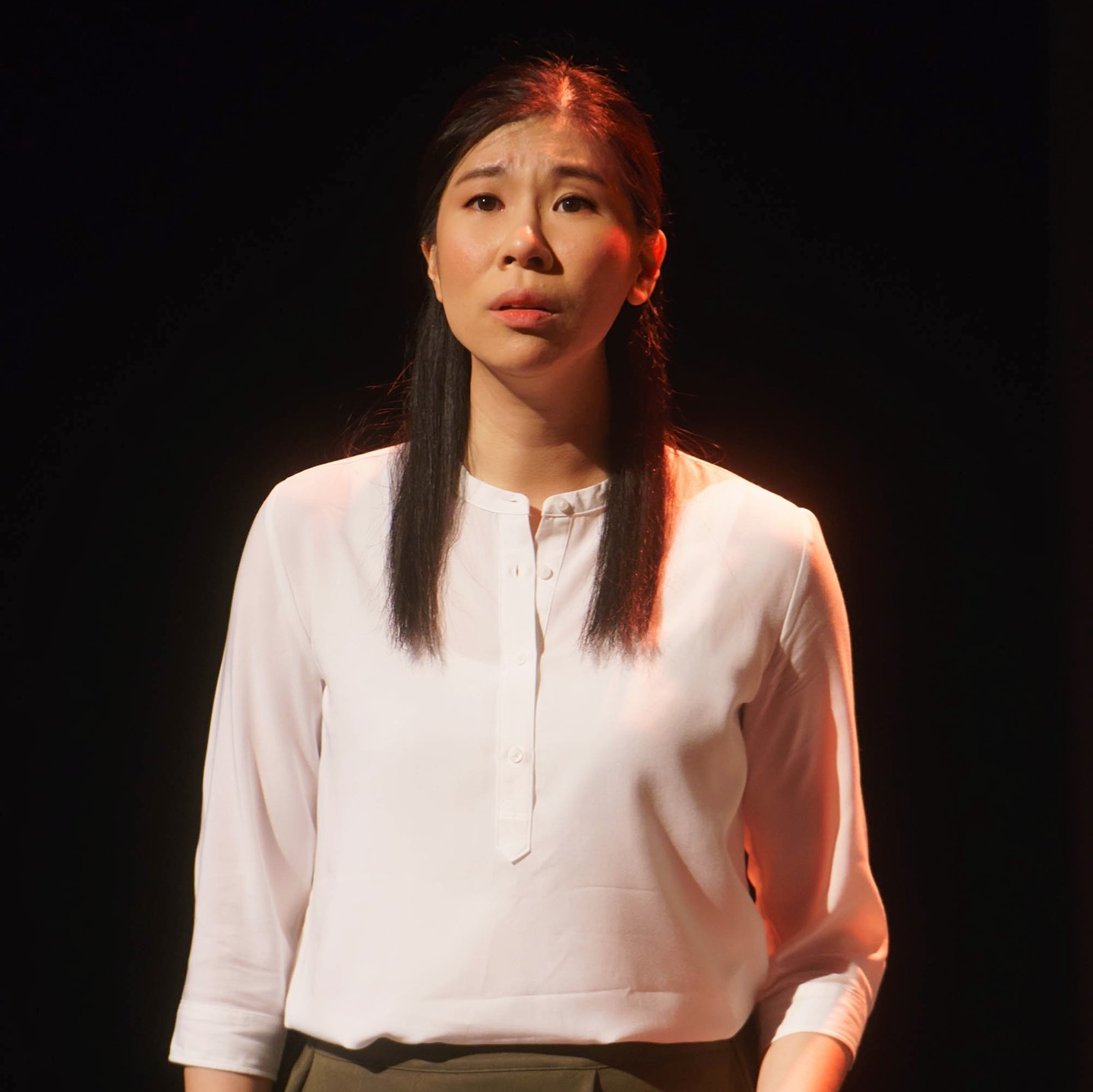 Law Tsz Ying, Joyce achieved a Bachelor Music degree in Hong Kong Baptist University with first honor and outstanding award in 2012. In 2015, Joyce further achieved a Master degree of Music (Vocal Performance) in Royal Holloway, University of London. Joyce performed with the renowned The Choir of Royal Holloway for HM the Queen and other British Royal family members at the Buckingham Palace, Royal Albert Hall, and the Magna Carta 800th Anniversary in 2014-2015. Joyce performed in the new chamber opera Heart of Coral and new cantata Hong Kong Odyssey, commissioned and produced by the Hong Kong Arts Festival in 2013 and 2017 respectively. Joyce also performed in a contemporary opera Angel’s Bone, presented by New Vision Arts Festival and Beijing Music Festival in 2018 and 2019 respectively.

To traverse is to travel across and traveling back and forth. Ensemble Traversée was formed with that very idea in mind: to travel between different musical periods between the antiquity and contemporary, and from classical to popular genres. We see no boundaries in the arts and therefore no border needs to be broken, just as we believe all art forms are interconnected and complementary to each other. Under the direction of Vicky Shin, Ensemble Traversée aims to take audiences on journeys through unimagined dimensions of time and space.

Fragrant Village, Founded in 2016, an non-profit registered society. We start from the villages in HK, create different music activities which inspired by the land. We aim at attracting more people from different communities to experience what our villages are like.

We are also interested to present music event in non-standard venues, to give freshness for the artists and the audiences, also to provide a imitate space for sharing and inspiring conversation.

Themed as ALARM, the 1st Fragrant Village Music Festival aims to awaken the city with music in wild and town. Renowned musician and composer from the UK and Netherlands rub shoulders with local rising artists for a spark of refreshing music performance. This festival takes place across city centre and borderland villages whereby the audience can embrace different senses to taste the voice of Neoclassical music, explore the soul of Hong Kong and touch with an alternative B-side of its history.

The above content is provided by Fragrant Village Music Festival