張潔瑩 Carol x 張潔瑩 Kit
Have you ever imagined having a doppelgänger? These girls not only look alike, but also share the same Chinese name - 張潔瑩 a super rare coincidence since there are more than 50,000 characters in the Chinese dictionary. So what are the chances?!

These two girls met on the streets of Hong Kong because of music.  And ever since they always perform together. Wanna see what chemicals two 張潔瑩 bring you?  Don’t miss out! the prototyke lab
prototype: an early sample or model built to test a concept or process
tyke: a mischievous small child (or an unpleasant or coarse man)

the prototyke lab excels at dodging the question “what kind of music do you play?” The lab techs’ diverse backgrounds and influences allow them to experiment with a genre-bending musical dialect. 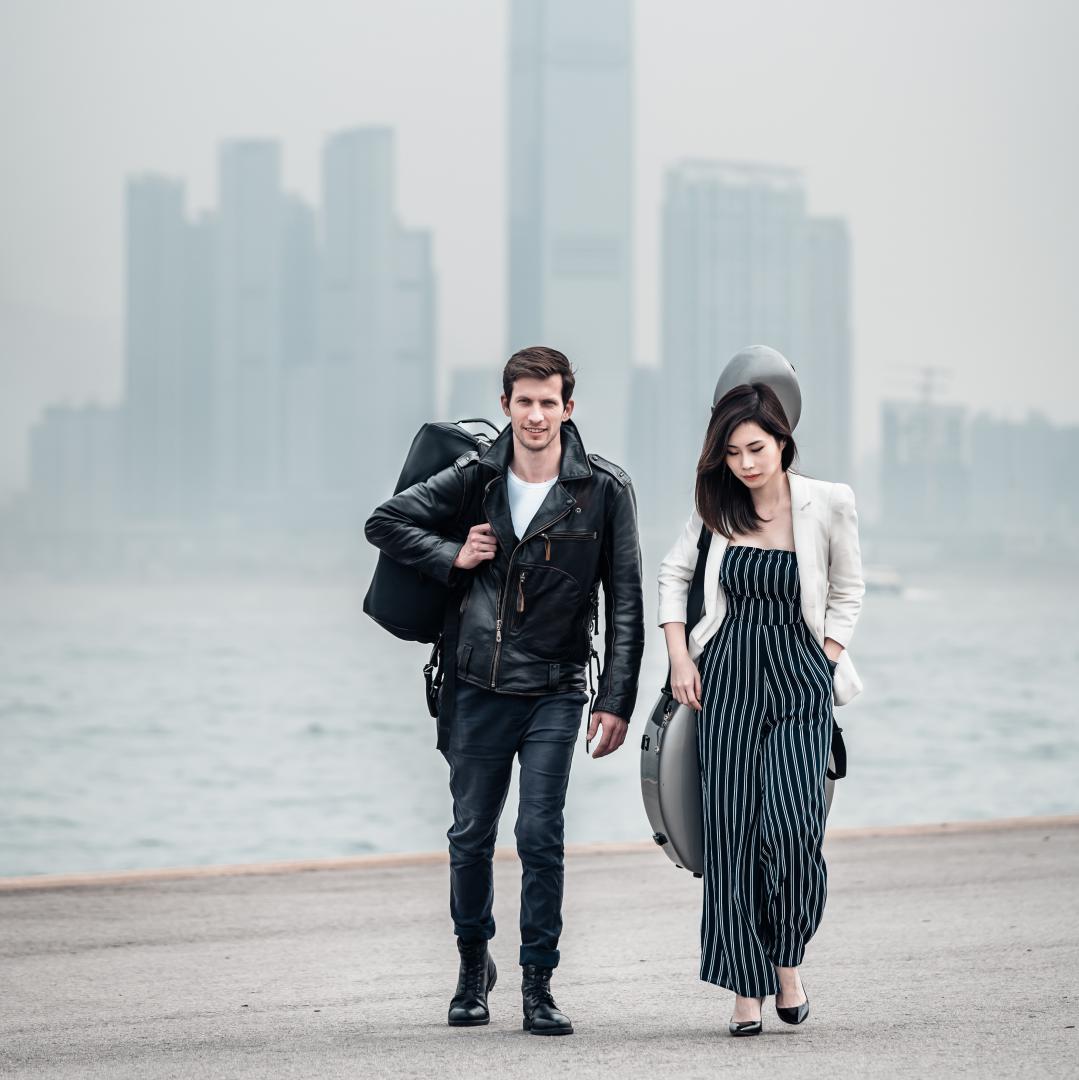 Rebecca X Nazar Duo is a cello-accordion duo based in Hong Kong. It is a relatively new instrumental combination for our local audiences. They aim to bring everybody a whole new musical experience with their interesting arrangement and diverse repertoire.

Rebecca Li was born in Hong Kong. She begins playing the cello at the age of twelve. Graduated from the Conservatoire de Bordeaux in France and Hong Kong Academy for Performing Arts. Despite being a classical-trained musician, Rebecca determines to go beyond. She performs actively in different musical scenes in Hong Kong. She has worked with varies artists such as Andrea Boccelli, Il Divo, Koji Tamaki, Coco Lee, Sammi Cheng and many more.

Nazar Tabachyshyn was born in Zbarazh, Ukraine. He has been playing the accordion since he was just five years old. Graduate of Tchaikovsky National Music Academy of Ukraine. He has won numerous international music competitions in Italy, Czech Republic, Lithuania, Estonia, Poland and Ukraine. Nazar is a virtuoso who plays different repertoire, from classical to pop.

In this performance, this duo will perform with the multi-talented, multi-intrumentalist Floro on flute and percussion.

Winter Bagels
Winter Bagels is an acoustic-pop girl band formed in Jan 2016, Kaki and Cup are both lead vocalist and guitarist. "Everyone is a bagel": having a heart with simplicity, born to be genuine. Winter-borns decided to form a group in this cold season, using our music to fill up emptiness inside hearts. Enjoy our music like the special toppings on the bagel.

In 2016, the duo released their debut EP "Winter Bagels", bringing their EP to Eastern Europe for summer busking. After the trip, they have continued to participate in local music events actively including Jockey Club Street Music Series, Freespace Happening, Musik11,"Ear Up" record label creation and incubation program, etc.

Angelita Li/Patrick Lui/Wilson Lam Trio
This Jazz Trio is formed by Angelita Li on vocals, Patrick Lui on Keys and Wilson Lam on guitar. They are all active on Hong Kong jazz music scene.

Angelita Li is a local jazz singer. She started to sing for TV commercials at the age of nine. In 1991, she was the backing vocals of Beyond Concert and has lived in Bangkok and Los Angeles to perform and tour with jazz and samba band as opening act for the band concert and backing vocals for famous artists. After returning to Hong Kong, she has released a Canto-Jazz album “Mi” and recorded an album for Stunt, a Danish Jazz label. She was the backing vocals in the concert of Sally Yeh, George Lam, Faye Wong, Khalil Fong etc. and was invited to perform in many international and local jazz festivals. Eugene Pao is one of the jazz musicians she always works with.

Patrick Lui is an award-winning pianist, keyboardist, composer, arranger, and producer. He has performed around the world and appeared in different music festivals. Patrick was the winner of the Taichung Jazz Piano Competition and a semi-finalist at the Bucharest International Jazz Competition. His compositions and arrangements have received performances under the direction of Grammy nominee Dr. Gene Aiken. Patrick also contributed to the score for movies, television programs and theatrical works for Hong Kong Dance Company. A frequent collaborator with local band RubberBand, the album Easy, which they co-produced, was awarded the prestigious ‘Album Of The Year’ by Commercial Radio Hong Kong. Patrick travelled to New York City in June 2018 and recorded a jazz big band album of his own compositions and arrangements at the renowned Systems Two Recording Studio. The band consists of all New York-based jazz musicians, featuring Alex Sipiagin on two songs. The album was recorded, mixed and mastered by two-time Grammy award winner Mike Marciano.

Wilson Lam
Graduated from Berklee College of Music (BA) in 2003, Wilson studied guitar performance and composition with Mick Goodrick & Yakov Gubanov. He then studied film scoring with Sonny Kompanek at New York University and received his Master of Arts in 2005. Returning to Hong Kong in 2007, Wilson has been active in the music industry and participating in various activities, which include but not limit to arranging, media scoring, jazz guitar performance and teaching. per se
per se is a music duo composed of music talents: Stephen Mok and Sandy Ip. The name means “intrinsic or in itself”, which reflects their music being just music without the limitations and burdens of genre or style. Mini Flow
Mini Flow is a jazz quartet leaded by the drummer Samuel Chan, formed with Ricky Wong on keys, Wilson Lam on guitar and Scott Dodd on bass.

Samuel Chan was graduated from Hong Kong Education University (aka former HKIed) as the first jazz major student in the programme under the guidience of local jazz guru Ted Lo. After his graduated from HKEdU, he moved to New York City and earn a merit Scholarship to attend the predigous Drummers Collective, where he study with World Class drummers like Ian Froman, Chris Coleman, Peter Retzlaff and Kendrick Scott.

He had performed and recorded with New York Musicians like Theo Hill, Isamu McGregor, Sean Conly, Sebastian Noelle, Ole Mathisen. Relocated in Hong Kong at 2016 and working as a full time performer, music producer and a teacher. 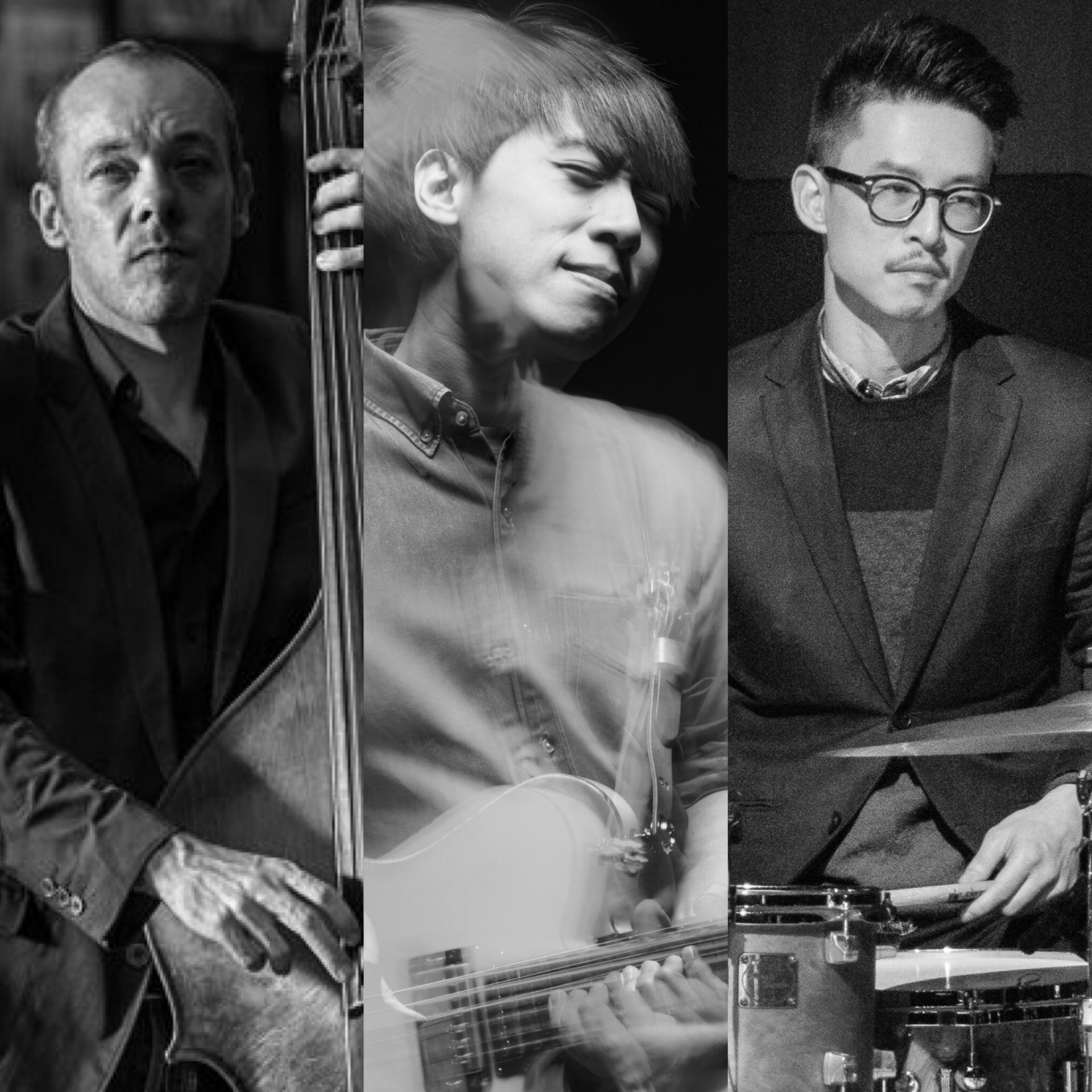 Tjoe (pronounce as T-Joe) is a top musician from Hong Kong currently based in London since 2015. This Musicians Institute alumnus is a favoured sideman in the Pop scene, a talented Jazz & Blues guitarist, a proficient arranger and composer.
Tjoe is recognised by his creative approach, powerful soloing, the ability to improvise and sense of humour. He can often be found plying his trade at top live houses such as Ronnie Scotts and Rich Mix.

After a year building up his network and reputation in London, 2016 has been a fruitful year to Tjoe. He has officially become the artist of guitar brand Melancon. Besides, a year and a half after the successful launch of his debut EP and Asian tours, Tjoe released his second EP FLOW LONDON as a trace of his year-long music journey in London. The EP consists of five instrumental songs composed and produced by himself. All songs are played by outstanding musicians from around the world whom Tjoe has met in this melting pot of music talent.

Teriver Cheung, originally born in Hong Kong, is an internationally touring jazz guitarist, composer, curator, music director, founder of Ensemble Transience and his own music label, Drip Music. He is an endorsed artist for the D’Angelico Guitars and Fender In-Ear Monitors.

He studied with Fred Hamilton at the University of North Texas with a scholarship from 2004 and received Bachelors of Jazz Studies in 2009.

In 2009, Cheung relocated to New York and has since played an active role in the jazz scene. Musicians he has collaborated include Latin Grammy Award winner Eddie Gómez, Billy Drummond, Jean-Michel Pilc, George Garzone and Antonio Hart.

In 2015, Cheung returned to Hong Kong. He curated and performed a numerous of jazz concerts and events during the years, which includes curating the “Hong Kong Episodes” concert as part of the 10th year anniversary Hong Kong World Cultures Festival in 2015 and a 3 day guided concert “Jazz Re-visit” at the Hong Kong Cultural Centre in 2018, performing with the Hong Kong Sinfonietta Orchestra, and the Hong Kong Chinese Orchestra in 2016, participating the LCSD Jazz Marathon Concert at the Queens Elizabeth Stadium as performer in 2018 and so on.

Cheung had participated on a number of recordings, including the Takako Yamada group, John Thomas group, the Beat Brothers, the West Kowloon Freespace Mixtape etc. His début album in 2012, My Nocturne, received acclaims from the renowned magazine JazzTimes.