Interpol and Japanese Master All Speak in Cantonese!
With Kicks and Fists Mightier Than Men!

In this November and December, Tai Kwun presents the brand-new programme, “Hong Kong Movie Series: Fist of Beauty”, free film screenings every Saturday 7pm in the splendour of the semi-outdoor Laundry Steps. “Fist Of Beauty” introduces a group of martial arts actresses who came over the ocean to Hong Kong, including Angela Mao, Michelle Yeoh, Cynthia Rothrock, Sibelle Hu and Yukari Oshima. With strong fists and high kicks, they exhibited terrific fighting skills on screen and contribute a brilliant chapter for Hong Kong action cinema.

From the 1970s to the 1990s, these kung-fu beauties set a distinctive fashion in Hong Kong movies. Such kind of action-packed, entertainment-oriented genre, however, has become a rare spectacle nowadays. Their popularity among overseas movie fans also reflects the esteemed status of Hong Kong action cinema those days in the Asian film scene.

”Fist of Beauty” selects a list of lethal female fighters who came across the ocean: Angela Mao from Taiwan plays a female version of Bruce Lee to perform a kung-fu Infernal Affairs in The Tournament; Michelle Yeoh from Malaysia and Cynthia Rothrock from the US set a precedent for female cop movies in Yes Madam!; Yukari Oshima from Japan and Sibelle Hu from Taiwan combat with their acting skills to bring a special viewing experience in the export action movie The Best of Lady Kickboxers; what's more, the documentary The Best Of The Martial Arts Films puts together the highlights in Hong Kong action pictures of the 1970s and 1980s. Fun and excitement guaranteed!

In view of the swordswoman wave of Cheng Pei Pei and Hsu Feng in the late 1960s, the film production company Golden Harvest promoted Angela Mao from Taiwan as the female Bruce Lee. Angela Mao, a schoolmate of renowned actors Lau Kong and James Tien, was trained at the Taiwan Fuxing Drama School for female warrior role in Peking Opera. Appeared in Golden Harvest's martial arts films first, she was then apprenticed to the Korean master Ji Han Jae in Hapkido (1972), changed her image and made her mark by fighting with bare hands. Her role as Bruce Lee’s sister in Enter The Dragon (1973) brought her to international fame, and her valiant image set a new model for action actresses. Her name is well-known in the overseas action movie fan circle.

On the screen, she is far more poised and carefree than her male counterparts, particularly in The Tournament, her signature film – while all male characters break down after the defeat against a Muay Thai master, Angela Mao's role, on the contrary, goes to Thailand for Muay Thai training to find out the weaknesses of her component, and the plot goes like a kung fu version of Infernal Affairs. To prove her abilities, she combats with a bunch of martial arts seniors one by one before leaving for Thailand. With her one-against-all fight scene and Bruce Lee-esque fierce kicks, the film nailed her distinguished image as the Lady Kung Fu. 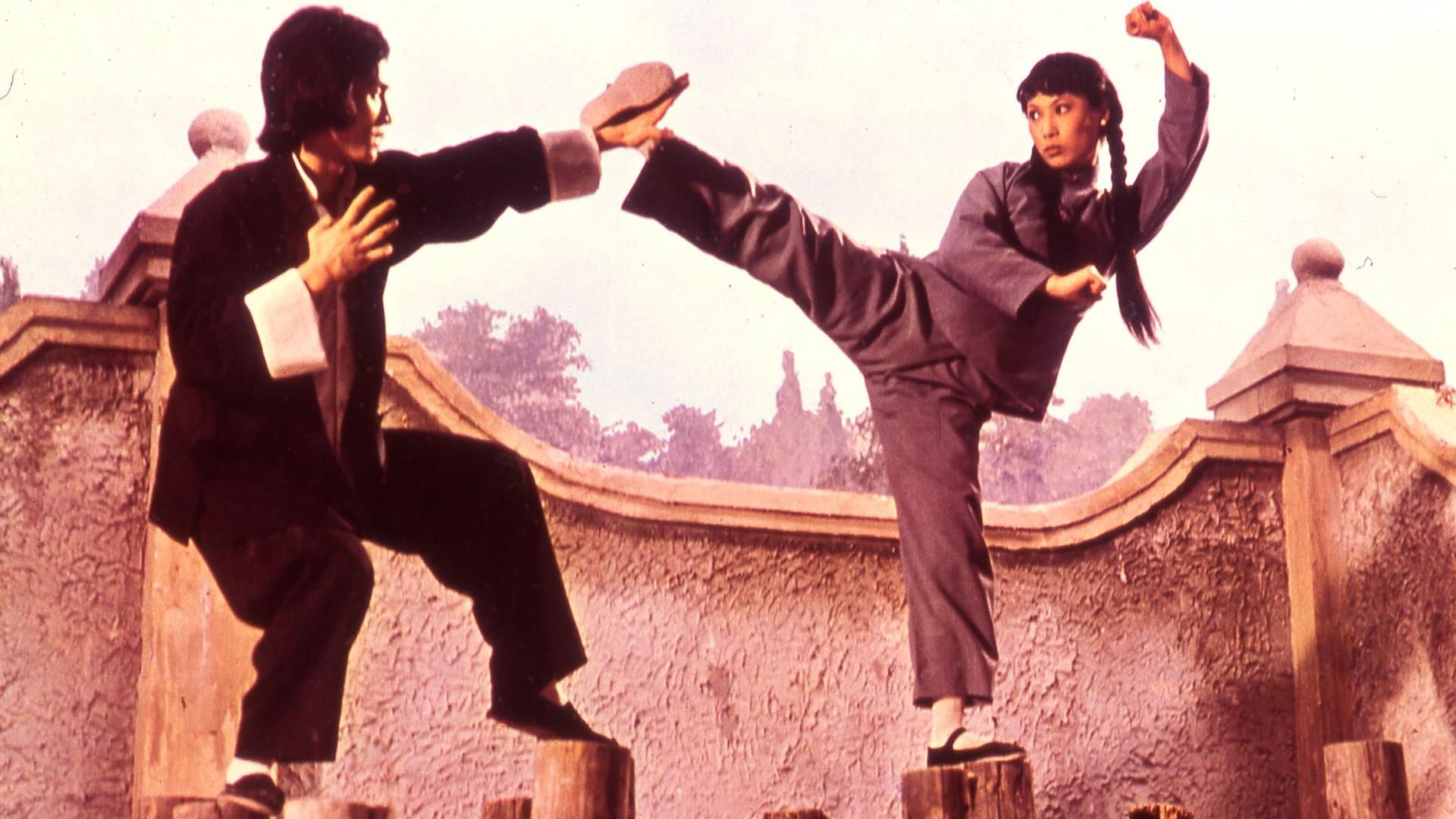 Michelle Yeoh, the Miss Malaysia pageant winner, made her movie debut in The Owl vs Bombo as a decent teacher in 1983. After less than a year of training, with her ballet background and the careful coaching of kung fu master Sammo Hung, she transformed into a hearty supercop in Yes, Madam!.

Cynthia Rothrock, the American black belt master, has been indulged in Chinese martial arts in her teens. First discovered by Ng See Yuen, she was then invited by Sammo Hung to pair up with Michelle Yeoh in Yes, Madam!. Catapulted into fame by this appearance, she also had a stunning onscreen presence later in Righting Wrongs, Magic Crystal and The Inspector Wears Skirts.

A precedent for female cop movies, Yes, Madam! was the first release of D&B Cinema Circuit in 1985 and a blockbuster grossed over ten million dollars at the box office. The popularity of the film kick-started a wave of similar female action movies thereafter. The film promoted two female action stars in the Hong Kong film scene – a beauty-turned-fighter and a martial arts queen, the combo woos the viewers with their kick-ass stunt, regardless of gender. 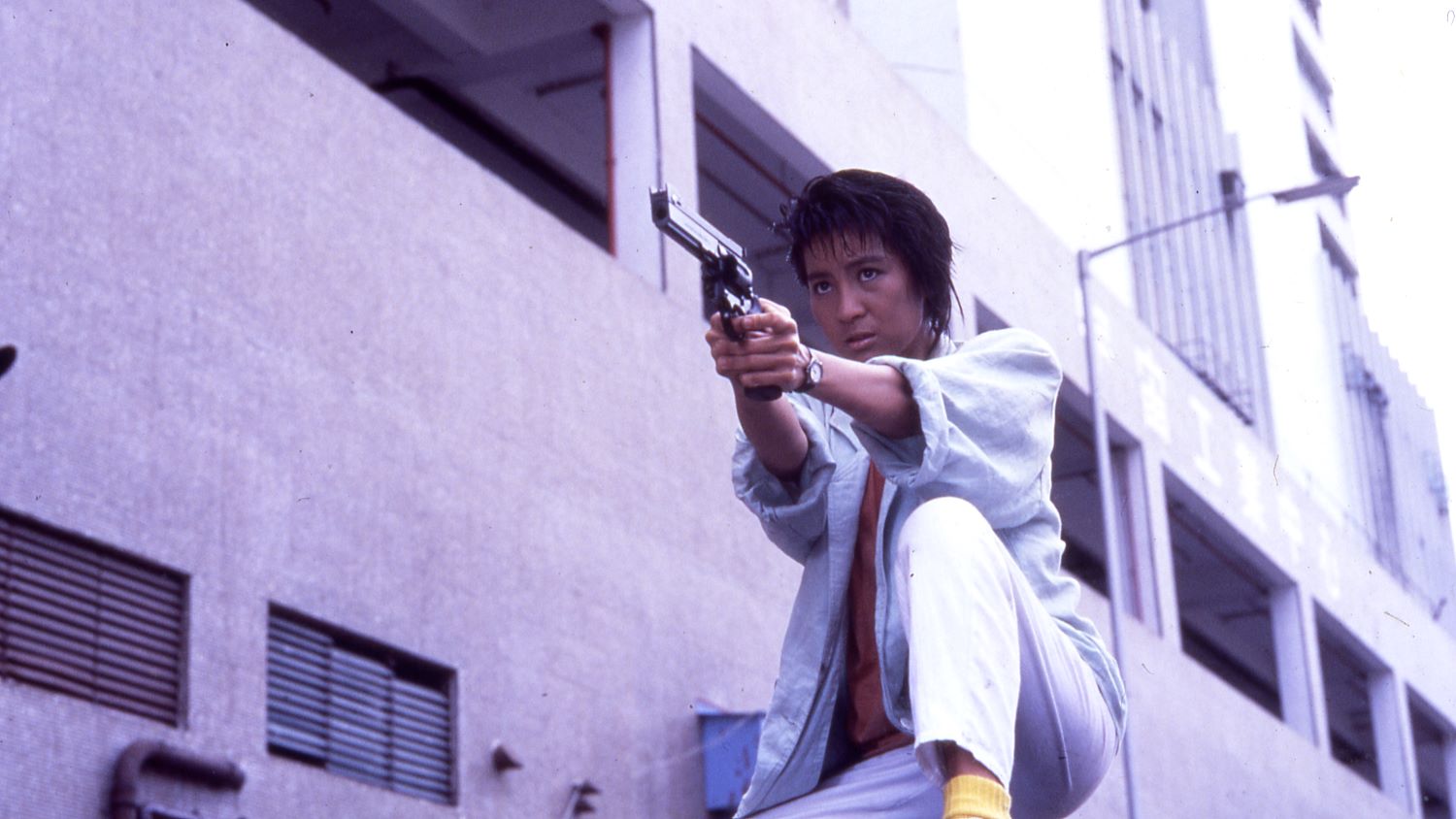 The Best of Lady Kickboxers

Yukari Oshima, a Japanese actress specialising in karate, judo and gymnastics, graduated from the stunt school founded by the famous Japanese actor Sonny Chiba. After showing up in Taiwan productions Funny Family and A Book of Heroes, she was recommended by the famous Japanese martial arts actor Yasuaki Kurata to appear in the Hong Kong film Millionaires Express (1986). Since then, she has performed nearly 40 action movies in Hong Kong, mostly as the ultimate villain.

In the late 1980s, plenty of action movies turned to overseas markets. Some could earn back the cost by distributing abroad without releasing in Hong Kong. The Best of Lady Kickboxers has never been released in Hong Kong, but it was a hit among the overseas audience. Starring kung fu queens Yukari Oshima, Moon Lee and Sibelle Hu, the fight scenes are superb as expected, and the mall chase sequence amazes the audience with speed and excitement. The serious and organized script is also a reason for it to stand out amidst the likes.

A daughter of a cop who takes the fall and goes to jail for her triad boss, Yukari Oshima's role in the film is a complex character struggling between the world of justice and the criminal. With her vivid performance, the film is a hidden treasure among Hong Kong action flicks. 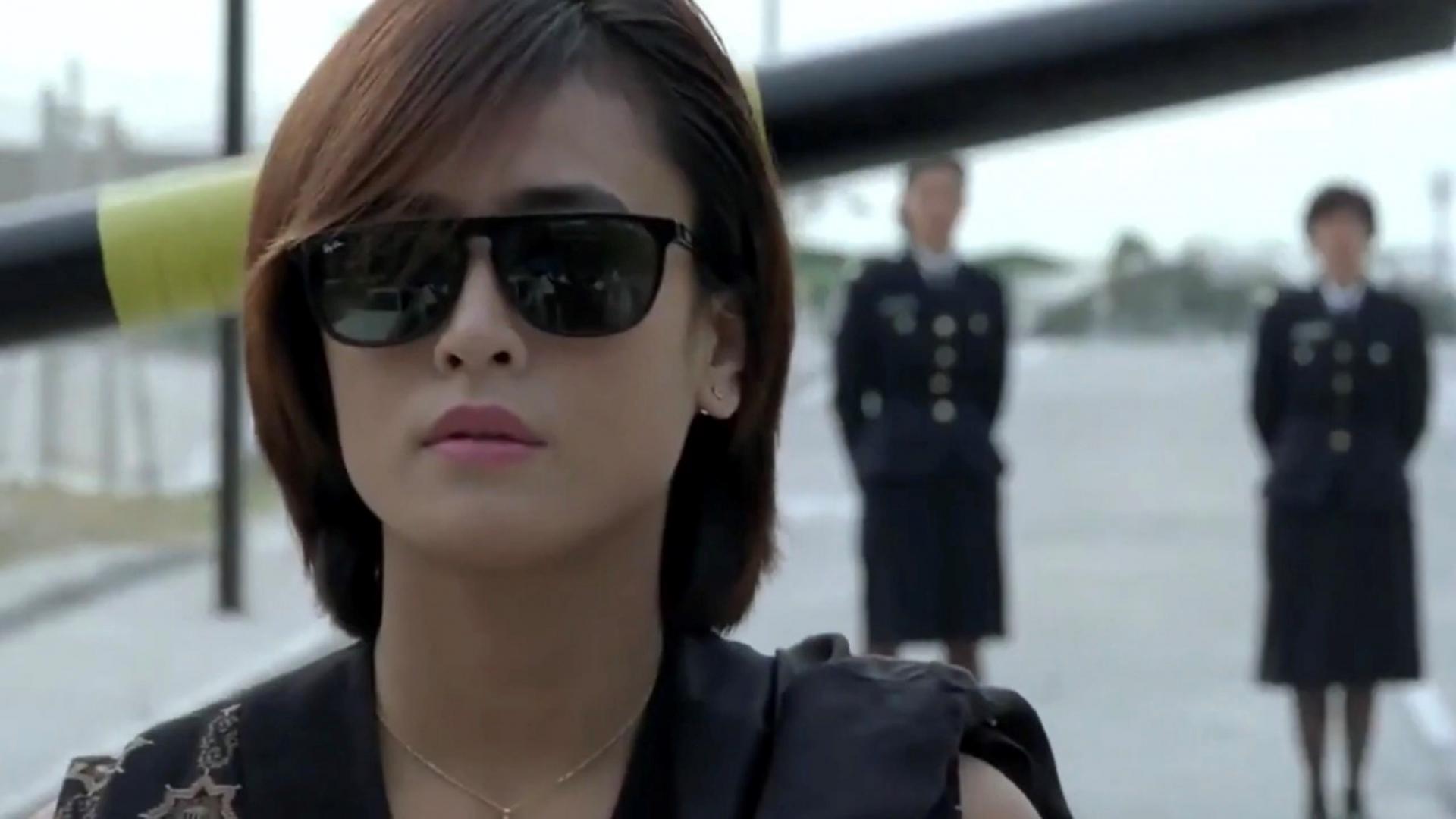 The Best of Martial Arts Films

Seeing the heyday of the action genre, Golden Harvest filmed this English documentary in 1990. With highlight scenes of major action movies coupled with interviews, the audience can have a grasp of the Hong Kong action film scene in the 70s and 80s right away and catch a glimpse of the intense combat ability of the overseas action actresses.

Besides the spectacular fight scenes of Angela Mao, Cynthia Rothrock and Yukari Oshima extracted from Millionaires Express, Aikido and Righting Wrongs, the documentary also features Cynthia Rothrock to share her action filming experience and action superstars such as Sammo Hung and Jackie Chan to talk about their action careers. A kung fu thrill for action movie buffs! 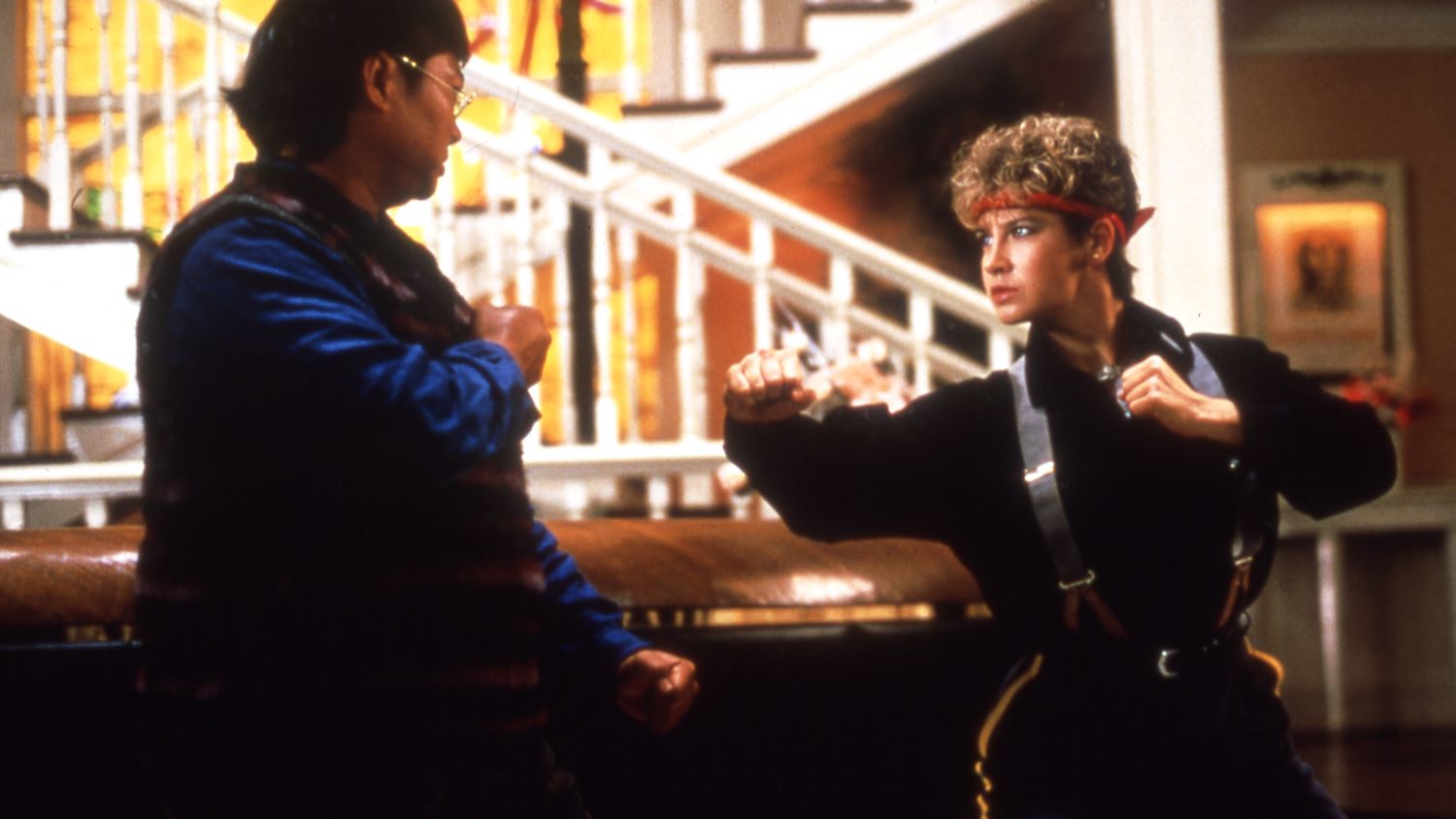 Two sharing sessions for Tai Kwun’s Saturday Movie Steps “Hong Kong Movie Series: Fist of Beauty - Action Actresses from Afar” will be held this December – one with screenwriter and actor Mr. Lee Ho-kwan of The Best of Lady Kickboxers, and the other with famous Hong Kong action choreographers Ms. Yeung Ching-ching and Mr. Chin Ka-lok and programme curator William Yuen. They will share their experience in film shooting and action choreography with the public.

Lee Ho-kwan is the director, screenwriter and actor of The Best of Lady Kickboxers. After graduating from the 7th actor training class at Rediffusion Television, he started developing his career in the film industry. From The Dragon Fighter, he has long assisted director Wong Chun-yeung’s action films, serving as assistant director, screenwriter, actor, director and post-production posts. He is now more focusing on concert production and singer work.

Yeung Ching-ching has been practising martial arts since childhood and was a member of the Guangdong Wushu Team. She joined the Shaw Brothers Studio of Hong Kong as an actress in 1979. Appreciated by the martial arts star and director Mr. Lau Kar-leung and accepted as his apprentice, she later became the first female action choreographer in Hong Kong.

Chin Ka-lok is an action choreographer, actor and director. He was recognized by the martial arts superstar Sammo Hung in 1983 and became the youngest stuntman of the Sammo Hung Stunt Team. He also acted as a stunt double for many martial arts actresses, including Cynthia Rothrock, the main actress of Yes Madam!. He won “Best Action Choreography” together with Wong Wai-fai and Ng Hoi-tong at the Taiwan Golden Horse Awards with Motorway in 2012.