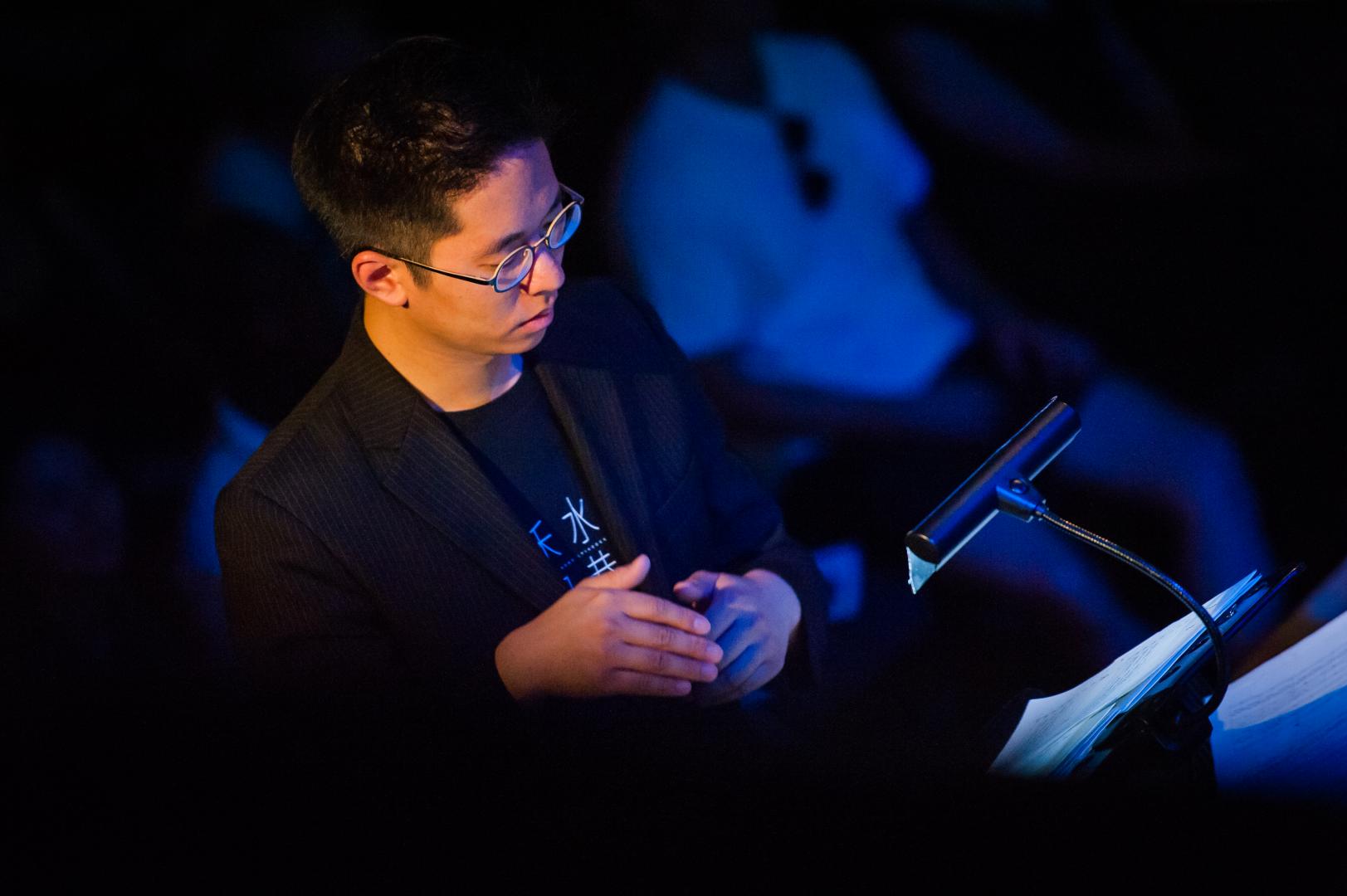 Explore the unique charm of Hong Kong on a cinematic musical journey filled with intrigue!  Eight musical sections developed through four facets of Hong Kong during the course of a virtual day: its cosmopolitan cityscape; fast-paced lifestyle; avenues for spiritual retreat; and colourful heritage and culture. Savour the changing sensibilities of the city in the ambience of video and instrumental music.

With new scores written collaboratively by Fung Lam, the youngest Chinese composer to be commissioned by the BBC, and Teriver Cheung, a stand-out guitarist on the international jazz scene, and performed by the fine jazz quartet alongside top chamber players from the Hong Kong Contemporary Music Group, the refreshing jazz-classical cross-over piece is accompanied by architect Anthony Lai’s original video images, the result is an amazing tapestry of original music and visuals weaving a lasting impression of Hong Kong.

Hong Kong Episodes premiered at the World Cultures Festival 2015 presented by LCSD of Hong Kong, and showcased at Hong Kong Music Series in London in 2017 presented by HKADC.

Suitable for aged 6 or above.
The programme is approximately 70 minutes without intermission.

Fung Lam
One of Asia’s top composers, Fung Lam “has a distinctive voice” (The Independent).

Fung Lam holds the distinction of being the youngest Chinese composer (and the first from Hong Kong) to be commissioned by the BBC, when, in 2007, he was invited to write a work for the BBC Concert Orchestra. With a focus primarily on orchestral composition, Lam nonetheless also collaborates in cross-disciplinary creations. He was appointed in 2013 as The Robert H.N. Ho Family Foundation Composer-in-Residence with the Hong Kong Philharmonic Orchestra and currently the Director of Artistic Planning.

Teriver Cheung
Born in Hong Kong and studied music in New York, Teriver Cheung is a jazz guitarist. He studied at the University of North Texas with a scholarship and received Bachelors of Jazz Studies. Cheung released his first solo album My Nocturne in 2012, receiving wide acclaim. In 2009, Cheung relocated to New York and has since played an active role in the jazz scene and collaborated with numerous famous musicians. In 2015, he returned to Hong Kong. In 2016, he performed with the Hong Kong Sinfonietta and the Hong Kong Chinese Orchestra. He is currently a guest lecturer for the Education University of Hong Kong.

Anthony Lai
Lai received a Master of Architecture from the Chinese University of Hong Kong, recent completed buildings spread across Hong Kong, Guangzhou, Xiamen, Macau and Seoul. Through the media of video-graphic, his works explore the dialogue between city fabric and urban space. Recent works include Vertical Fabric Fantasy at Venice Architecture Biennale 2018, Play to Perform at Oi! In 2017, Kaleidoscopic City commissioned by Hong Kong Institute of Architects in 2016, and Hong Kong Episodes, a multimedia musical collaboration in 2015.

Hong Kong Arts Development Council (HKADC) cherishes the unique beauty of local arts and is devoted to the cultivation of creative talents. In recent years, HKADC has taken an active role in introducing outstanding local artists to the global art scene. With their diversified media and styles, the artists’ works shone at overseas arts festivals and are well-received across different platforms.

These international events allow overseas audience practitioners as well as the general public to enjoy the finest works of art that are proudly created in Hong Kong. Funded by The Hong Kong Jockey Club Charities Trust, these critically acclaimed works are returning to their birthplace, where they will be presented to the local audience at the second JOCKEY CLUB New Arts Power. The upcoming arts festival consists of 10 programmes, including music, theatre, xiqu, multimedia arts and contemporary dance. The artists, born and raised in Hong Kong, see their works as a means to communicate and correspond with their hometown.

Apart from the original shows, the art groups in collaboration with the social welfare, academic and commercial sectors, will also put together over 150 community and school programmes, spreading the joy of art to people from different communities, and allowing art and life to enrich one another.

Returning from their overseas tours, 12 local creative units will take turns to present their best works from September 2018 to January 2019. Engage in your artistic moments by joining the Festival, and indulge in this extraordinary cityscape!

The above contents are provided by HKADC