What is dance? A huge variety of body languages are captured in the film world, from action film choreography, everyday life movements to gestures used in sign language. Dance is often created from drawing inspirations from movie clips and transforming the creative elements for stage choreography. And as we relocate our performance venue from cinemas to the newly restored Tai Kwun – Centre for Heritage and Arts, we will find out that very few boundaries exist between dance and screendance.

We are very pleased to invite the Singapore choreographer, director and producer Elysa Wendi to curate the "World Selection", "Artist Collections" and "Dance Film Lab", parts of the festival to offer a new perspective of screendance. In addition, we are also honoured to collaborate with Tai Kwun and the Pompidou Centre, Paris, on a dance video screening focusing on the creative inspiration of European choreographers and "non-professional body of dance" connecting dance to the broader public. Anna Alexandre, curator from the Saint-Etienne Des Arts Des Cines Festival in France have picked a number of commissioned dance shorts to feature in the festival where she’ll also be sharing her experience in creating screendance with deaf people. Meanwhile, the annual highlight "Local Focus" will show four new works from Hong Kong, Taiwan and Mainland China, plus the finalist showcase of the Jumping Frames International Dance Video Competition.

We’ll also bring in two live performances for the first time. IRIS by Finnish choreographer Johanna Nuutinen and dance film director Jukka Rajata-Granstubb seamlessly interweave the reality that surrounds the protagonist with his search for the meaning of life; ICE brings the audience to the realm of the Antarctica, reflecting on the predicament of climate warming through live performance and screendance by New Zealand choreographer Corey Baker.

Due to inclement weather conditions, the programme “Tai Kwun Dance Season: VIDEODANSE – JUMPING FRAMES” on 16 Sep (Sun) from 12pm-6:30pm will be postponed to 22 Sep (Sat) at the same time and venue.

Meanwhile, the programme on 15 Sep (Sat) will take place as scheduled. Thank you for your understanding. Enfant: malleable, fragile, and uncontrollable. Transported and handled by dancers, the bodies of children invade the space, enlarging and sculpting it. From the interactions, a game of tension and relaxation is born, combining the strength of inertia against the process of transformation. Gradually, the movements are reversed, and the border between big and small, professional and amateur, animated and lethargic, is undone, leaving behind a mob and an impetuous, moving cloud of invasion or recreation. (Gilles Amalvi) Imbued with acid humour and shot through with the truly militant momentum that characterises many of Lloyd Newson's works, The Cost of Living questions the notion of conformity and the perception of the Other. Conceived as a trip where the action overflows into multiple spaces of meetings—public or private—the film follows the rebounds of movements and amplifies its breaks, emphasising the pushback support from the ground and leaning on side alleys and diversions. From the street to the dance studio, performing as an academic-style duet dance or disco, encounters multiply around the extraordinary dancer David Toole and the rich textures of his movements, its verticality, and postural standards. (Claudia Palazzolo) Debuted in 1978, Kontakthof pioneered a change in Pina Bausch's work process, which for the first time does not rely on music. Performed by 20 dancers, the choreography is accompanied by a musical montage and memories distilled at the microphone. In this court of contacts, everyone's fears and desires are displayed, as are seductions and mourning. Scandalous when it first premiered, the show has over time acquired an iconic status. This latest edition was first created in 2000 with "women and men over 65" recruited via newspaper classifieds. (Irène Filiberti) Originating from the book Merce Cunningham, a Half-Century of Dance, the choreographer Boris Charmatz’s Roman Photo is a dance tribute to the dance master, tracing his career and revisiting his movements with John Cage, as well as the games of chance and combinatorics in the field of choreography. Arranged in the manner of a giant flip-book that includes kit dance, animated photocopies, and an unrestrained dance performance, the unclassifiable, off-road project first came into being with art students and was later taken up by professional dancers and former Cunningham interpreters. This time round, Roman Photo meets a group of amateurs who express a true-false Cunningham that is as playful as it is turbulent. (Gilles Amalvi) 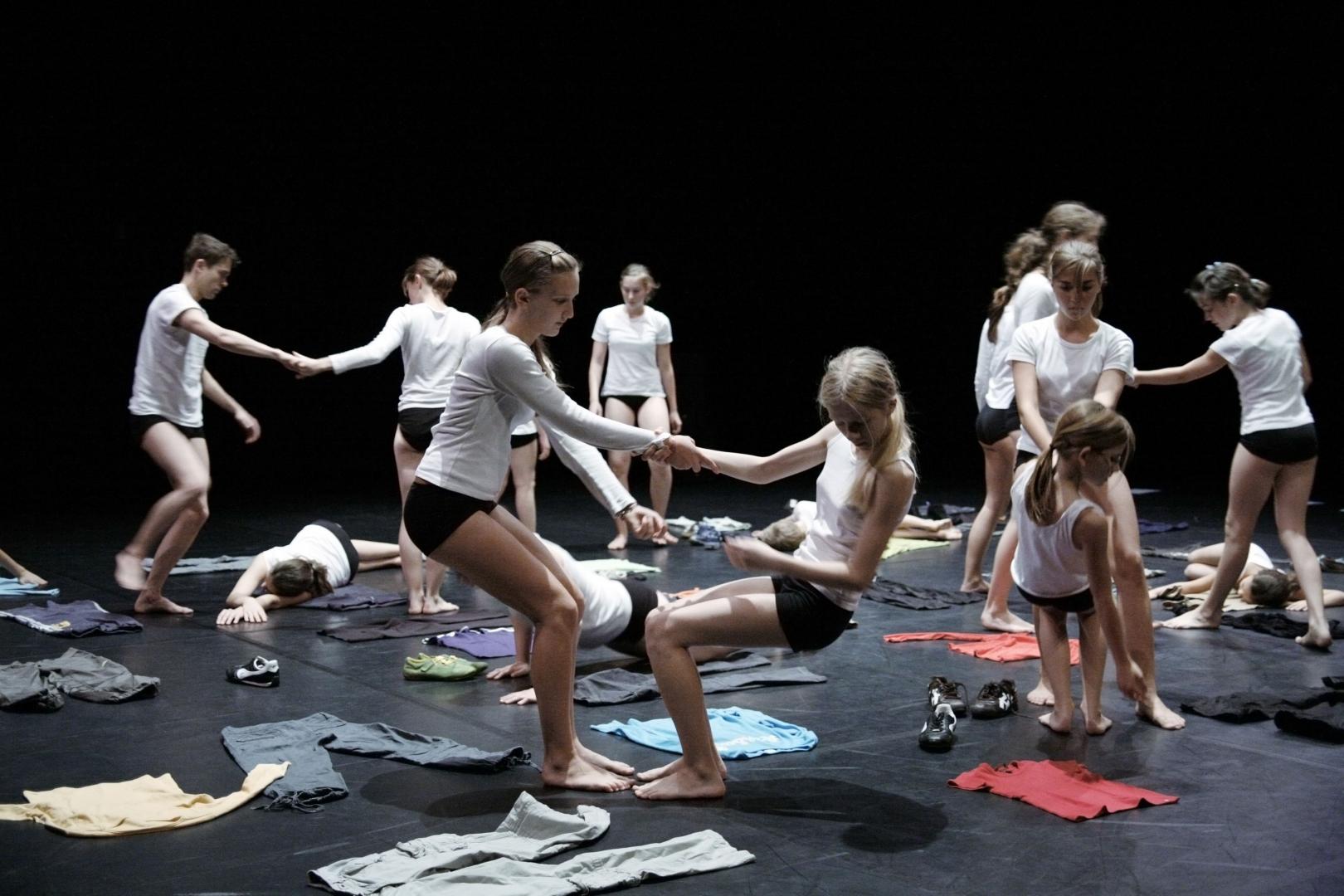 In 2001, Gilles Jobin created The Moebius Strip, which evokes a certain conception of the infinite through the plasticity of bodies that are almost ground-bound and an "organically organised" looping movement. In 2007, Gilles Jobin prolonged the exercise in a singular way. With young dancers, about 15 teenagers, and the Compagnie Virevolte by Manon Hotte, The Moebius Strip phenomenon resumes its course in an inverted composition. Starting from the educational potential discovered in the structure of the play, Gilles Jobin transmits rules to a new generation—all the while discovering new, fun, abstract meaning-of-life articulations and possibilities. (Irène Filiberti) Choreographer Jérôme Bel has been intrigued, since his early works, by what stands beyond representation. In his choreographic works, the rules of dance and theatre are treated like the syntax of a language that is analysed and eventually put into play. Danced and spoken by professionals as well as amateurs, his choreography could also be seen as statements in favour of the democratisation of dance and a non-virtuous approach.

From Disabled Theater (2012) onwards, Bel has worked with mentally disabled actors of the Zurich-based Theater Hora. A source of distress for a society defining itself as essentially normal, disability constitutes the limit against normality. Its intellectual trigger—mental disability, that is— is generally treated as an “other” by the intellectually keen and cultivated public of experimental theatre. Bel chooses to bring this handicap to the core of the attention of this public, adopting it as a key that activates a common dimension.

With the actors of Theater Hora, disability bears both the aesthetic and political dimensions; it is not expelled from visual and discursive practices, nor hidden behind the screen of political correctness. Through them, he also sheds light on the dynamics of exclusion that leads to marginalisation, exposing how, on the contrary, the very mechanisms of representation are questionable, and that a non-partitioned mode of presence may exist. (Chiara Vecchiarelli)