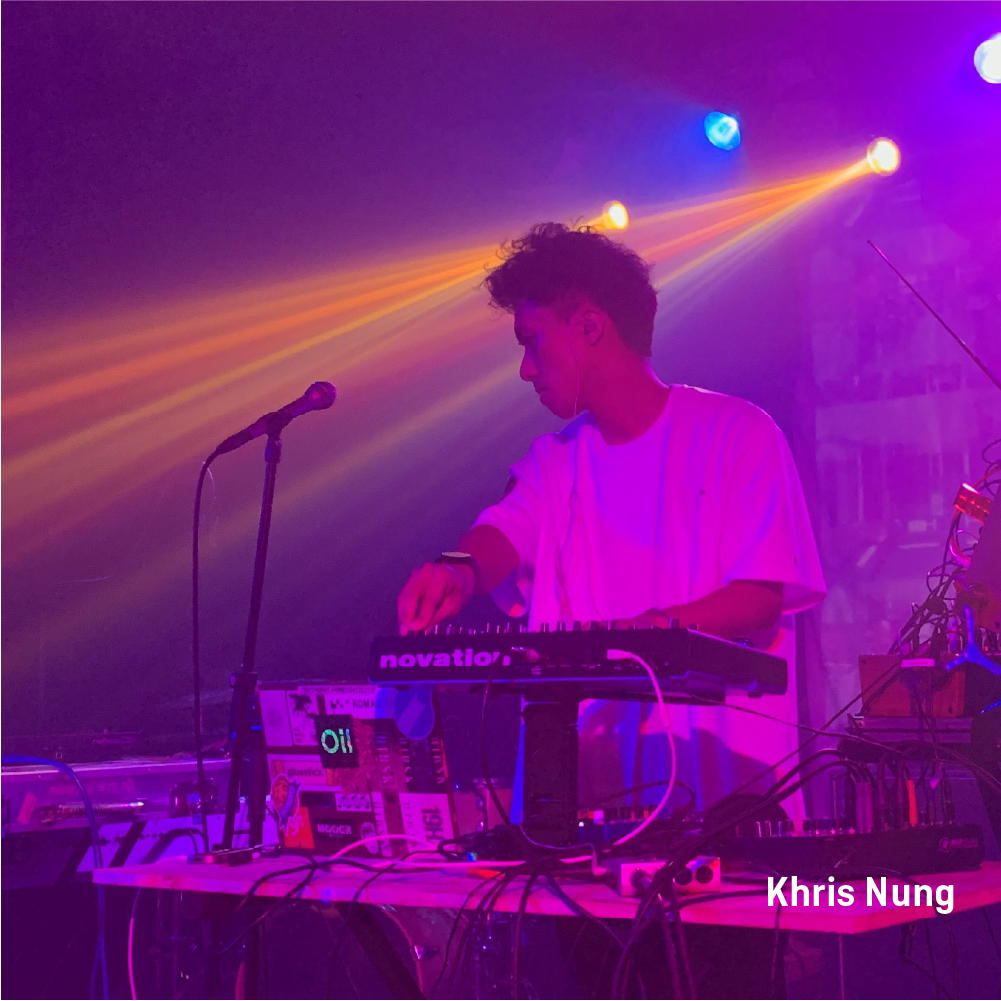 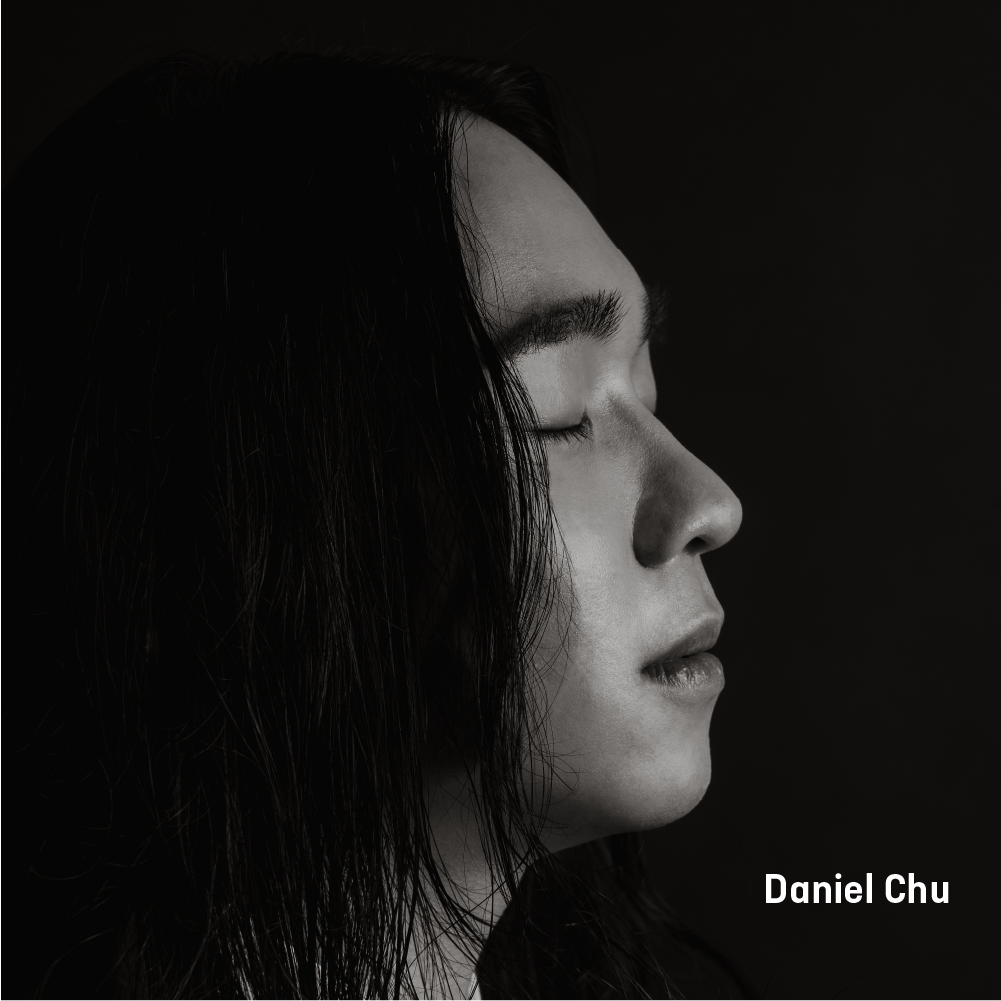 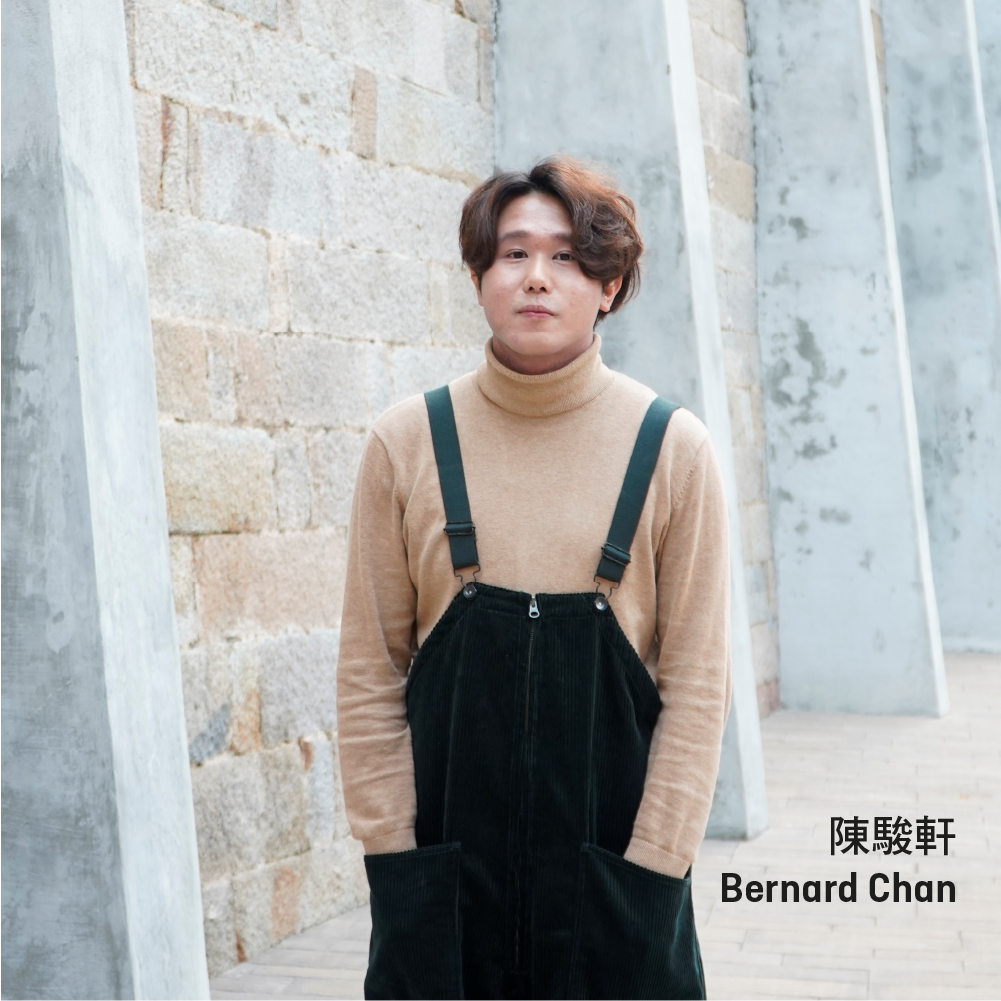 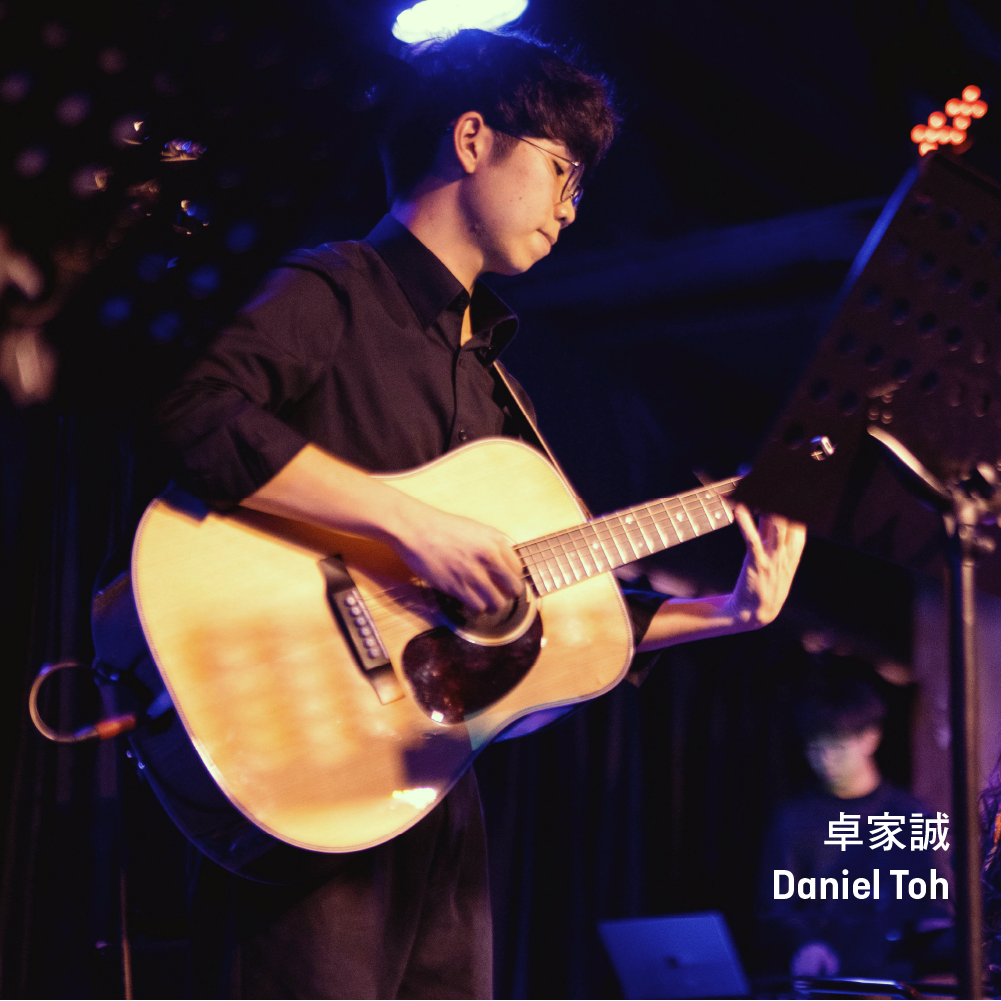 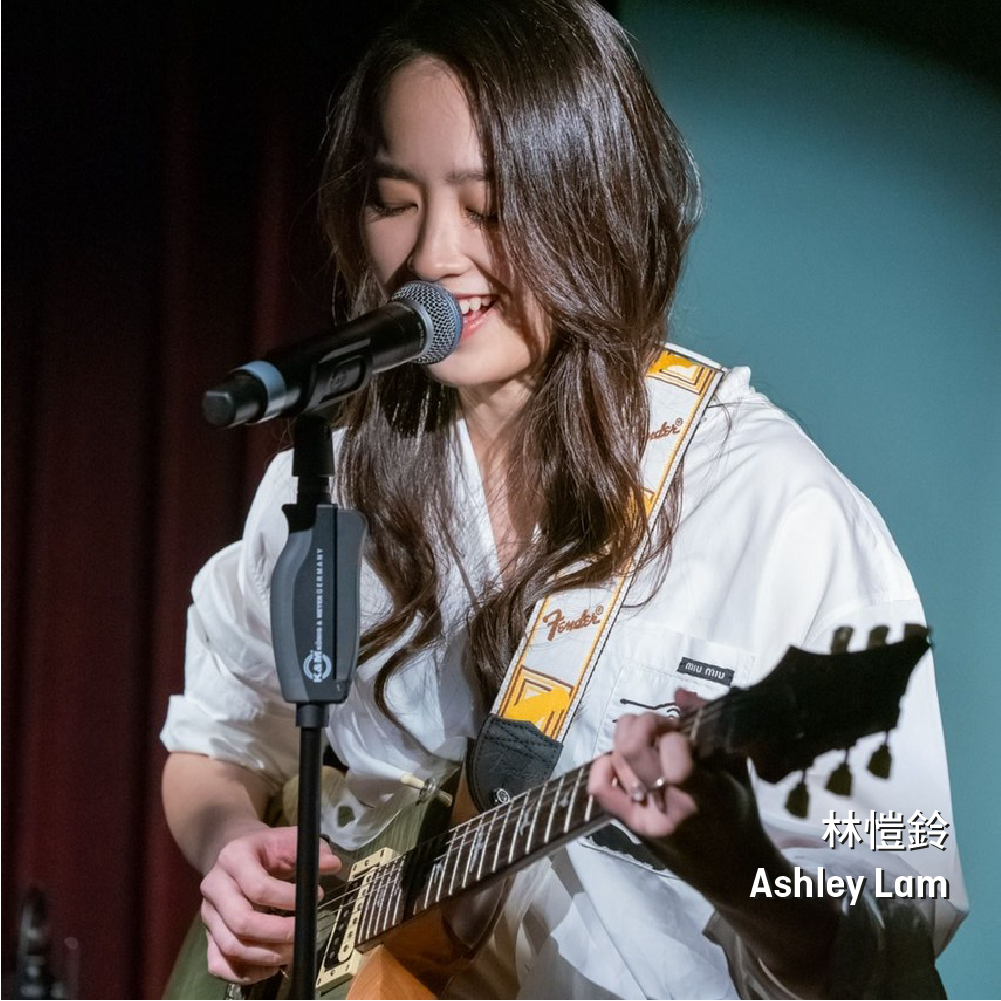 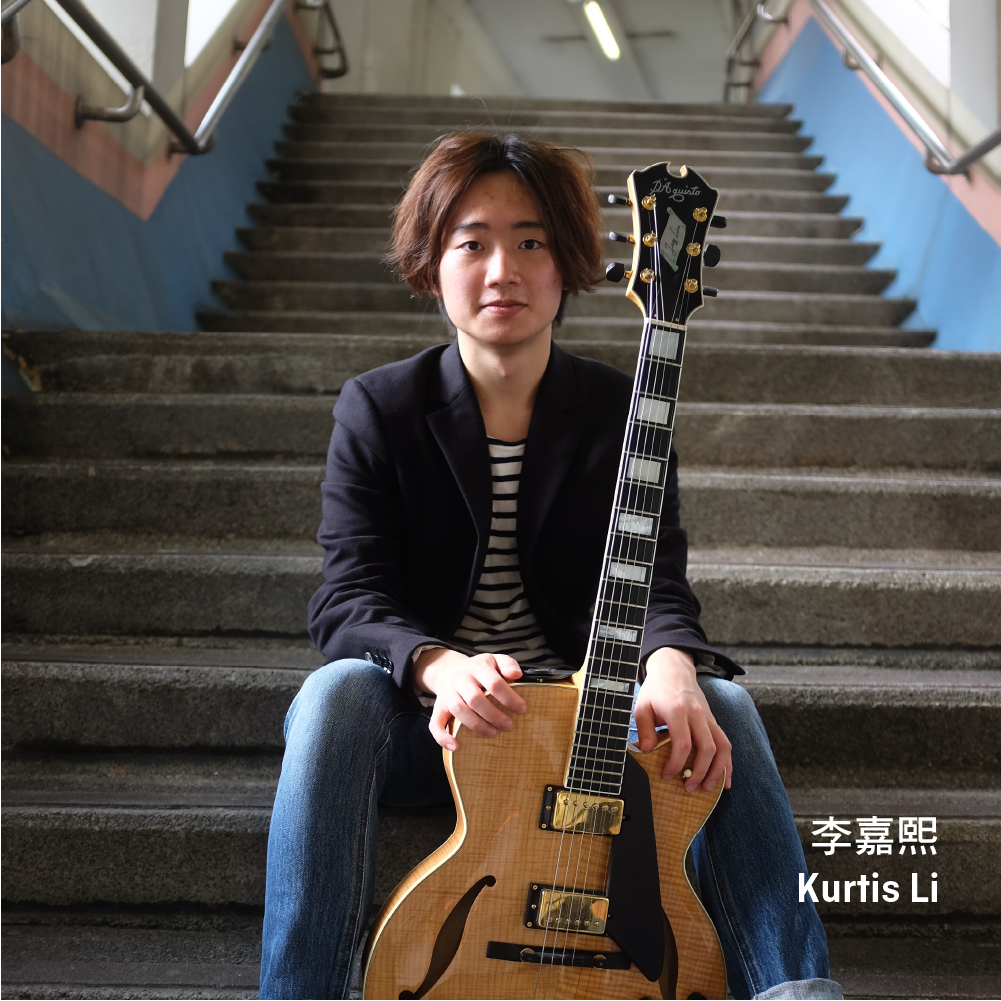 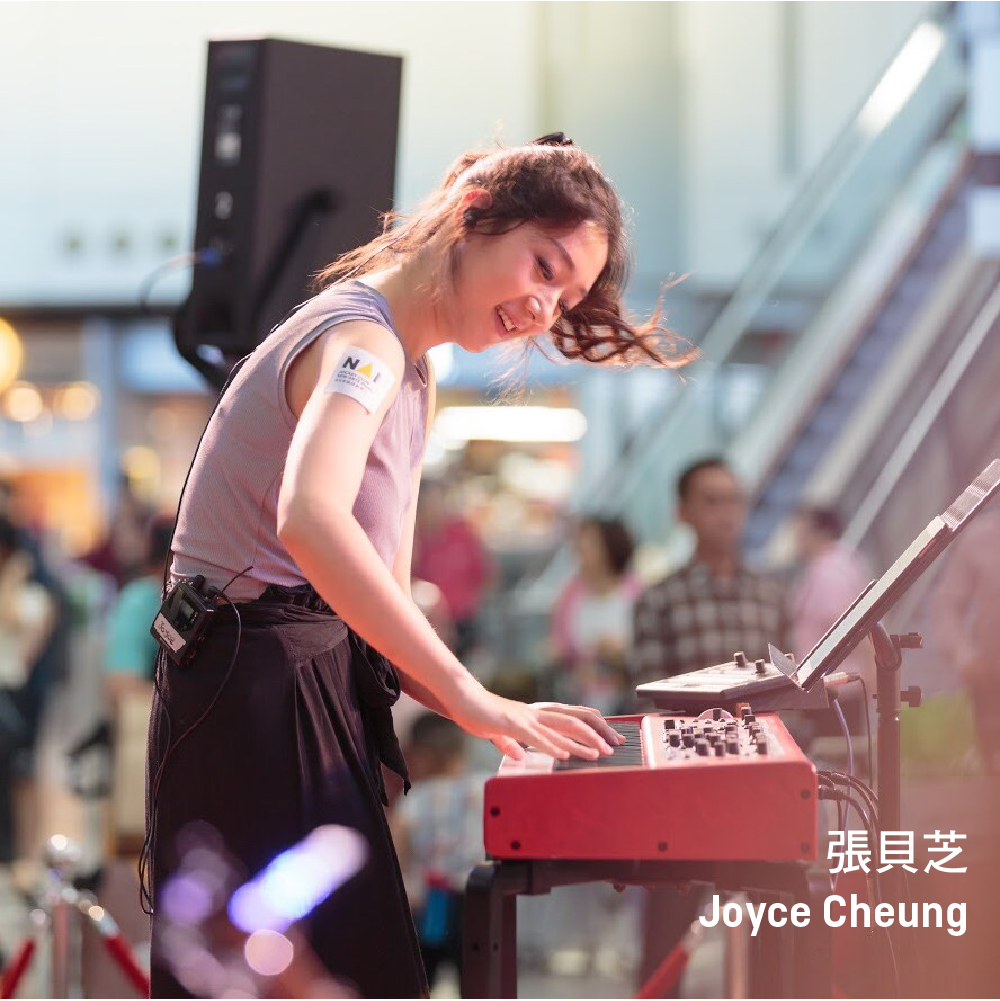 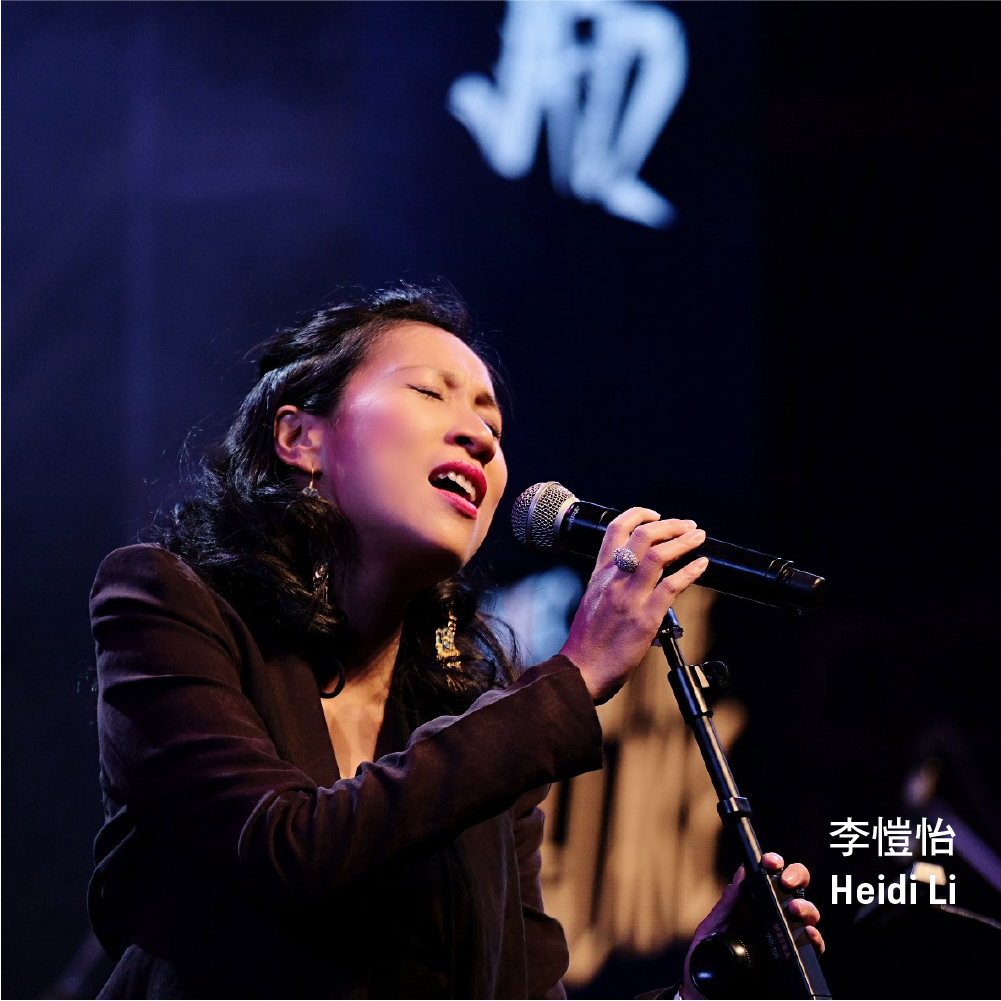 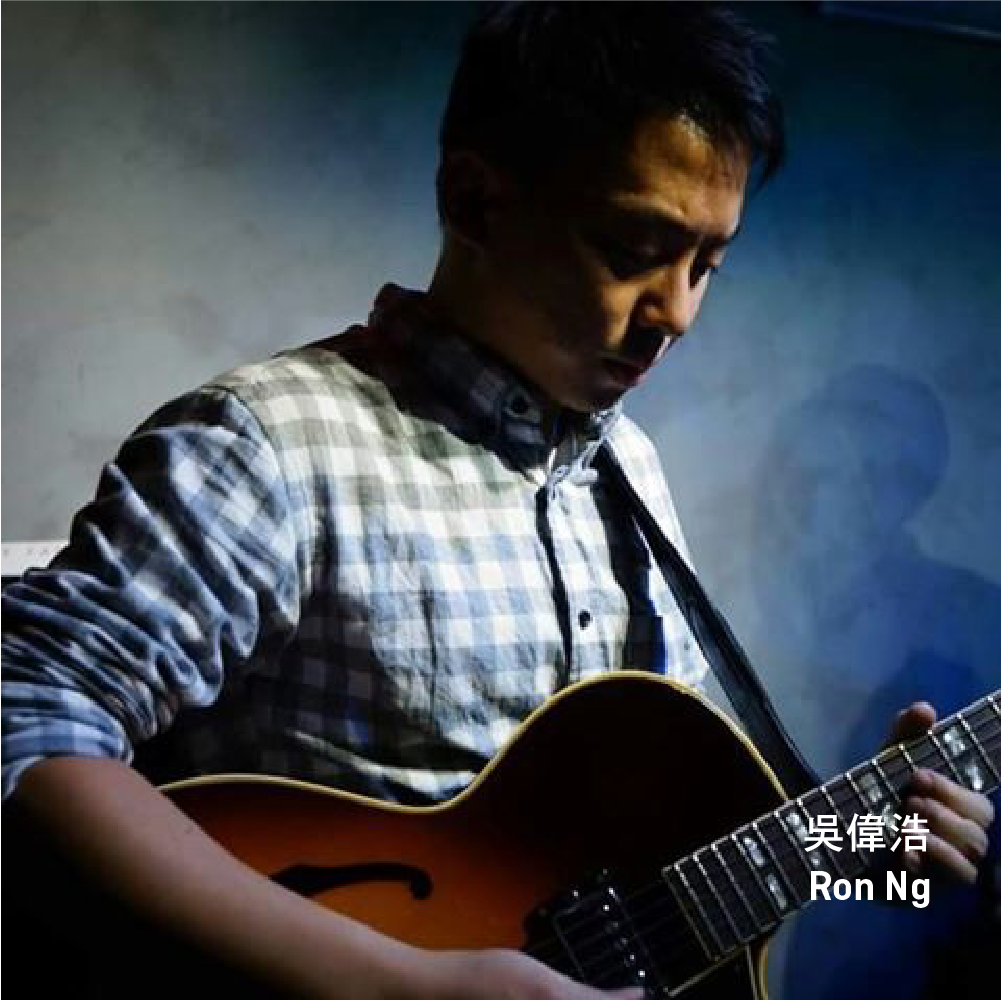 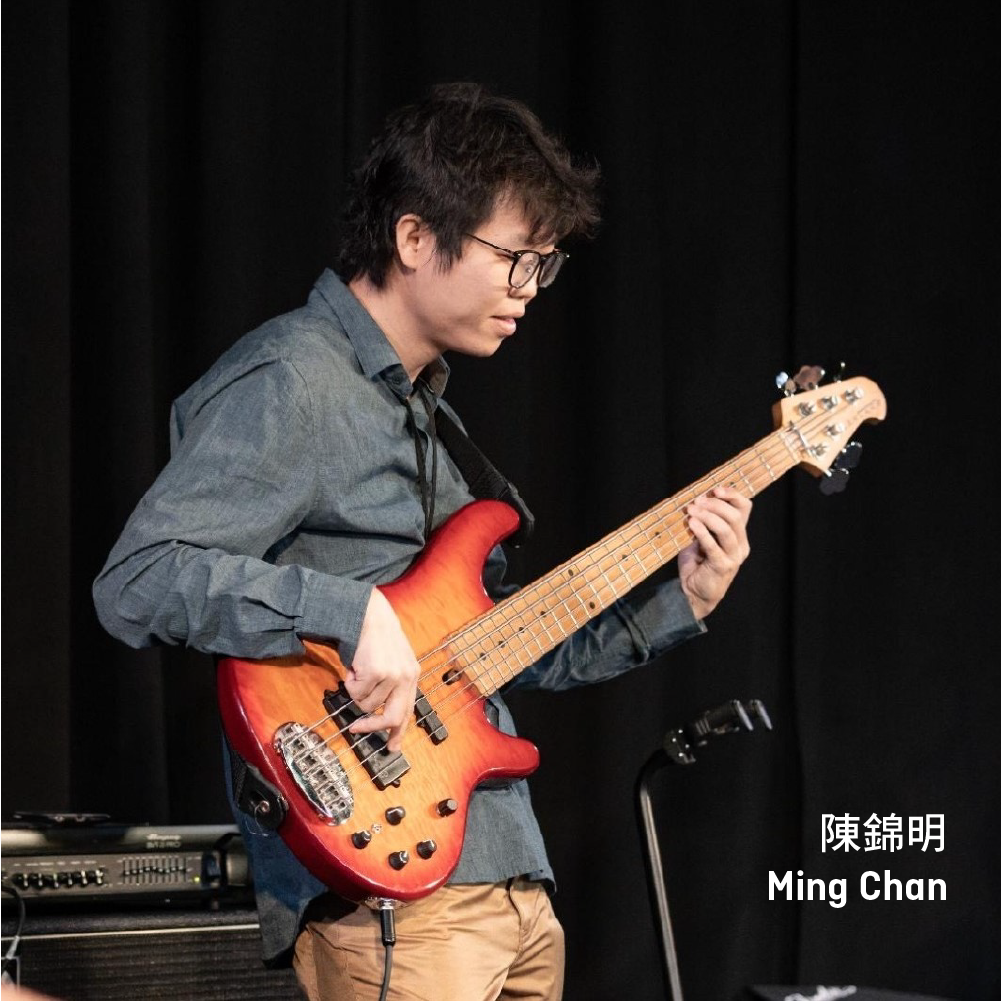 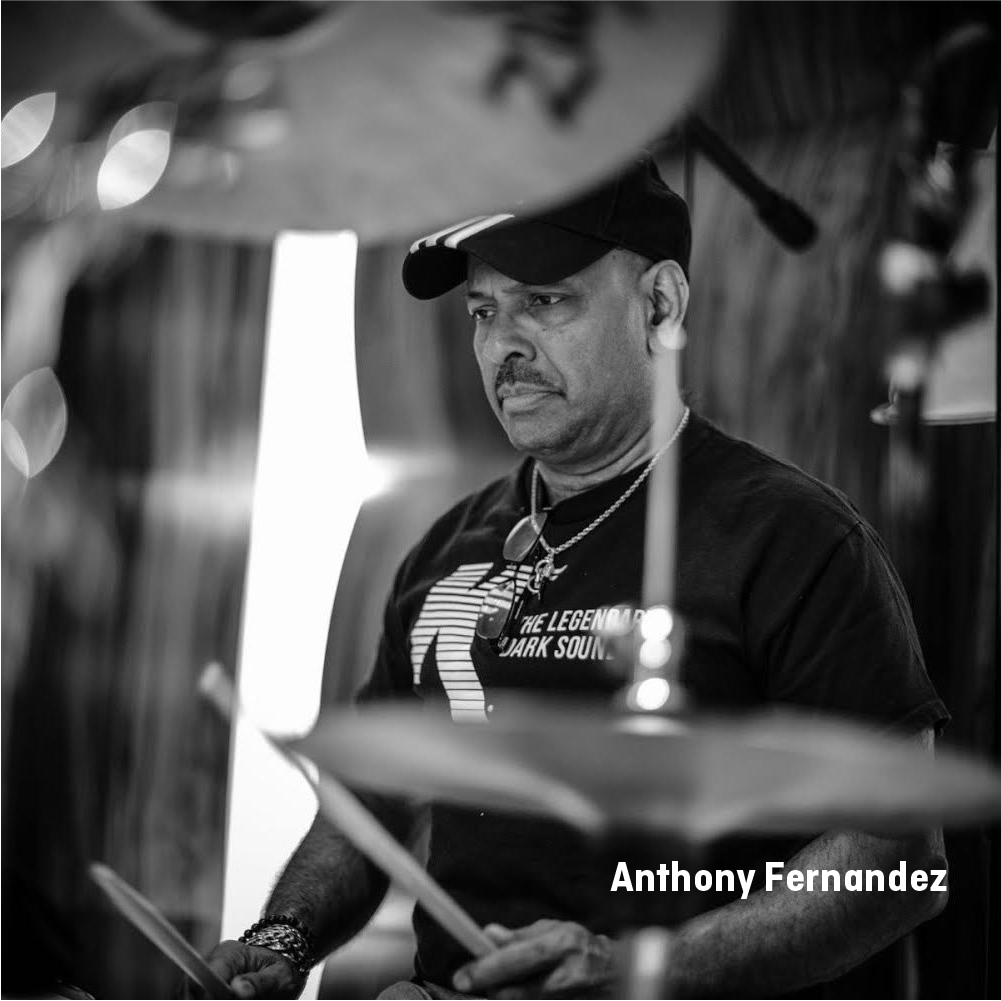 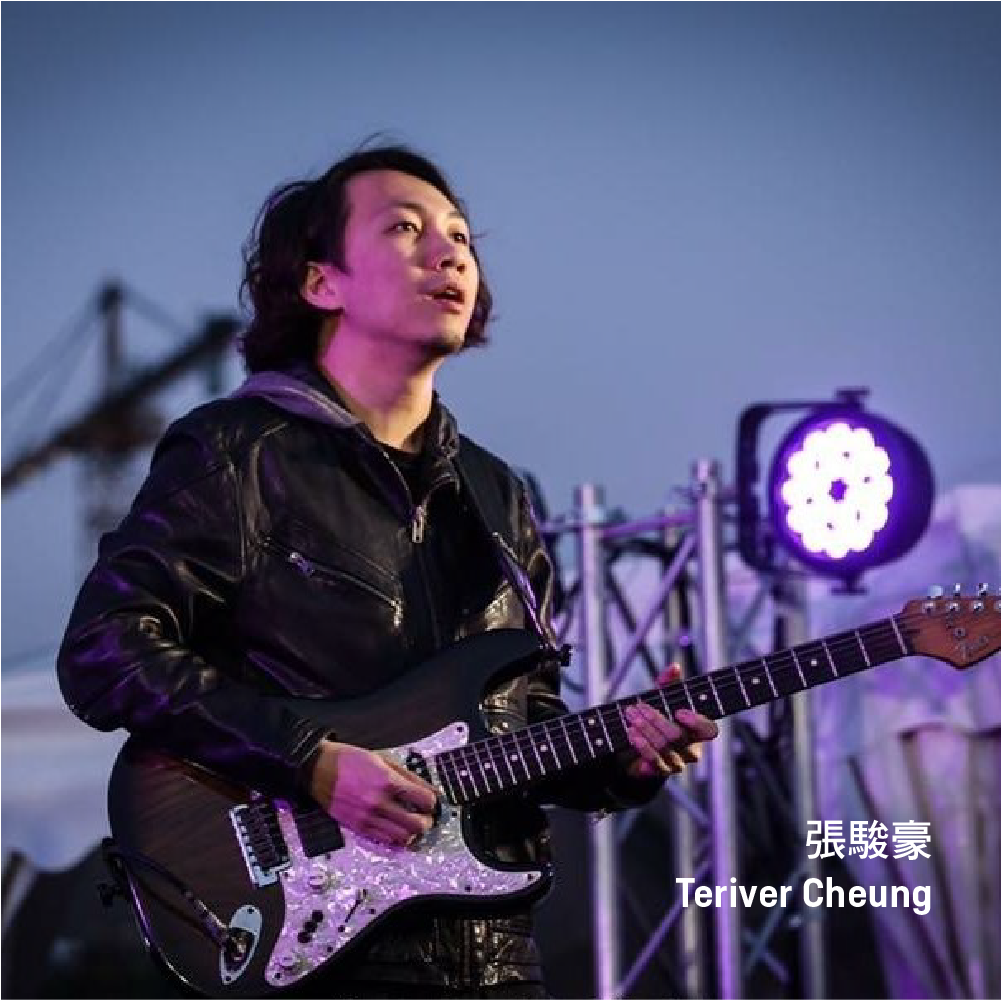 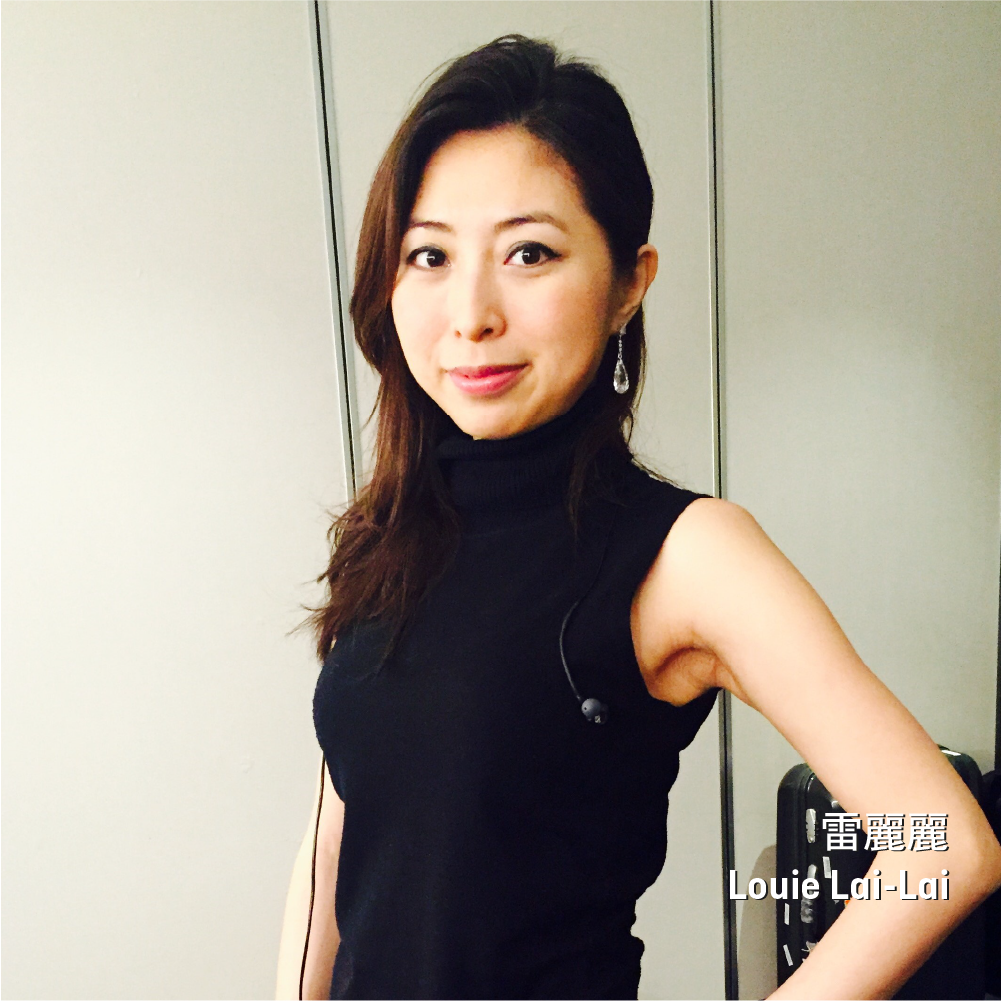 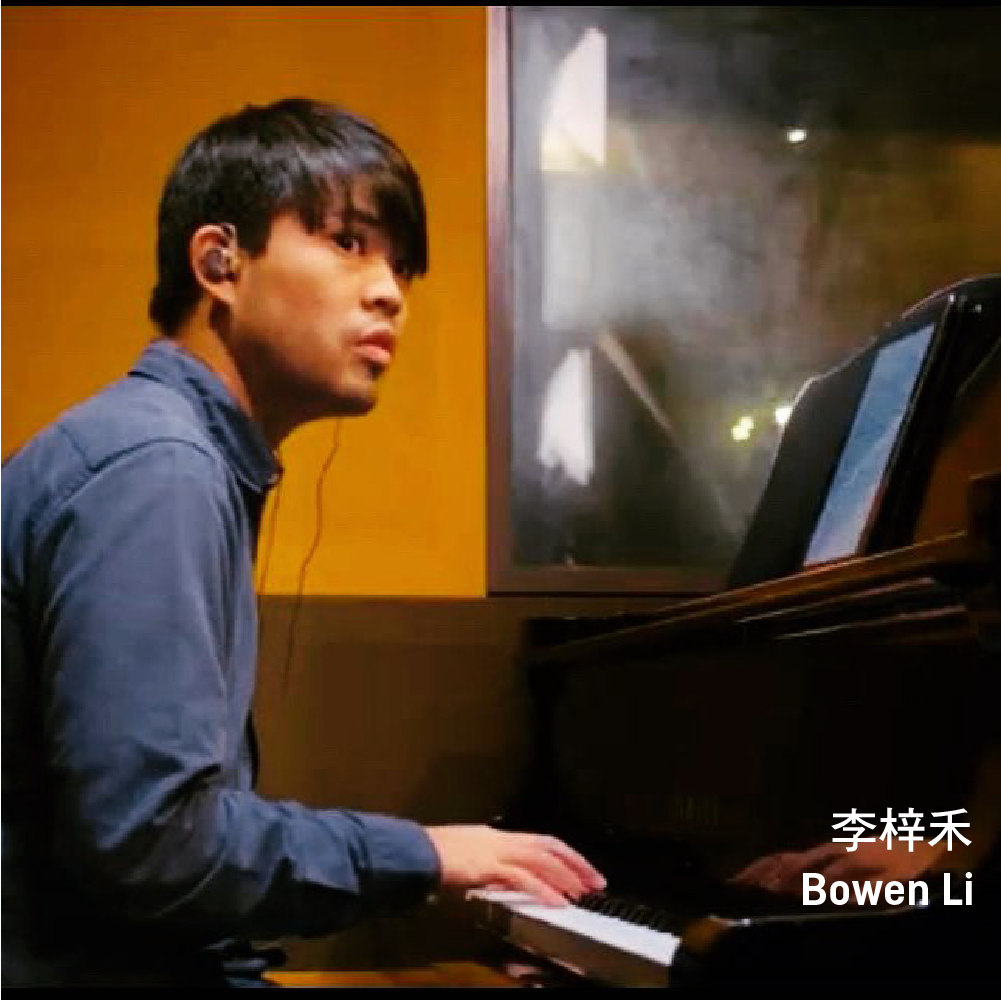 manvsmachine (MVM) is an experimental electronic jazz trio formed in 2019.  Members include producer / sound designer hirsk，drummer Blue Kwok and pianist Daniel Chu.  While members of MVM are eloquent in the language of classical and jazz, and take part in production of pop music, they have a taste for experimental avant garde sounds and are keen to break boundaries between genres.  They completed their 1st tour in China in 2019.

Hailing from Hong Kong, Daniel Chu is a pianist, songwriter, and producer with a knack for avant-garde explorations that reveal an unmistakable jazz influence.

Daniel’s God-given gift in music has led him to work across boundaries––performing, writing, and producing for pop divas Sammi Cheng and Janice Vidal, and independent artists alike. Together with sound designer hirsk and drummer Blue Kwok, Daniel co-founded the electroacoustic trio manvsmachine in 2018.

Born and raised in Hong Kong, Bernard finished the Master of Arts degree with distinction at the Royal Academy of Music where he studied with Professor David Strange.

Bernard is active both in orchestral and chamber music. He is now a guest tutti cellist of the Hong Kong Sinfonietta. Bernard is frequently featured as a soloist in Tai Kwun’s afternoon concert series. In 2014, he toured with the Asian Youth Orchestra.

Recently, Bernard has been collaborating with various local pop artists, such as Jason Chen, Per se, and Iris iii, etc. He is also a member of a local professional A cappella group - V Sing.

Daniel Toh is a multi-instrumentalist based in Hong Kong, a jack of all trades with an edge for percussion and rhythm. With expansive musical influences from R&B to hiphop, soul to fusion, he exhibits flexibility and finesse in numerous genres. He is most recognised by his expressive playing and rhythmic command.

Since 2016, Daniel has been actively involved in the live music scene, working as guitarist and drummer in local gigs and venues for various artists. He has also produced, programmed and arranged music, and collaborated with others in the studio as session musician.

Daniel is also the drummer of VIRT, known for their eccentric style and technical prowess, which has won numerous awards and champions in Hong Kong and in Asia. He has also released his self-produced debut single this February.

It took Ashley 林愷鈴 three auditions to score a place in the Hong Kong Children’s Choir — for a reason perhaps — she was not particularly gifted. With (a lot) luck and sheer stubbornness, she managed to persevere through her many failures and decided to pursue a career in music.

Since early young age, Kurtis Li has developed his love for music through learning piano and violin.  At the age of 12, Li started guitar learning and discovered his great enthusiasm on it. He later found his passion in jazz music, which has remained the focal point of his music career until now, and then furthered his musical journey with more professional training in the Chinese University of Hong Kong, under Bachelor of Music program. He studies classical guitar under Tina Karen Lo and jazz guitar under Teriver Cheung.

Kurtis Li is currently a music educator, as well as an active performer at local jazz gigs. He is also a finalist of Thailand International Jazz Conference Composition Competition 2021.

Justin is a multi-disciplinary musician who started learning classical cello at the age of 9, garnered awards during his youth, attended the University of Cambridge, from which he obtained his M.A. in computer science, ironically under a music award. His real pursuit for the arts did not begin until years later when the former computer geek put down the keyboard and picked up the double bass instead. His new course has brought him acclaim as a jazz bassist, having collaborated with many renowned local and foreign jazz artists, and paved way for his pioneering vision on creative projects that bring music, computer technology and multimedia visuals together.

Her debut album, “Set Loose”, was released in September 2020 under Ginger Muse, a recording label that brings local instrumentalists to the world stage.

Joyce’s latest performances including the “Flow: Notes between HK & SG”, organised by the HKETOs in Jan 2021. Last year, she co-curated two of the biggest online shows “The Show Must Go Online” followed by “Show Will Go Online”, which took place at Haw Par Music and funded by the West Kowloon Cultural District. She made her appearance at the Freespace Jazz Fest, Cantonese Pop Star On Chan’s personal concert

Joyce spent her formative years at the Berklee College of Music, graduated with first honors in film scoring and contemporary writing and production in 2014 and then her master’s in contemporary performance in 2017.

Despite her many hats, Joyce is also a dedicated educator. She was invited to conduct masterclasses and performed at Musicians. Education Festival, Prague. She also teaches the Jazz programme at the EdUHK.

A frequent collaborator with local musicians, including Chan Fai Young, Joey Yung, Alfred Hui, On Chan and the Grasshoppers. Joyce was responsible for arranging the latest album of Harmonica World Champion CY Leo, her works also included a 100-piece orchestral and choral musical.

Joyce maintains an active presence in the local jazz and pop scene and has had the pleasure of showcase her music live audiences across continents.

Heidi Li is a Hong Kong born Jazz singer composer who grew up with a Cantonese opera background under her parents’ influence. At the age of 11, she won a Cantonese Opera singing competition on TVB. After having lived in Canada, the UK and France, she has been living in Italy for more than 7 years where she completed a degree in Vocal Jazz Performance with the full marks of 110, studying with some of the finest Italian musicians including Diana Tortoand Stefano Battaglia.

She has also participated in various Jazz workshops and has the chance to have studied with Jeff Ballard, Theo Bleckmann, Miguel Zenon, Kenny Werner and Jen Shyu, etc. In 2016, she published her first EP “Third Culture Kid” with a team of Italian musicians, which includes 6 of her original compositions written in English, Italian and Cantonese. She has also been active on YouTube, singing folk songs in different Italian dialects. In October 2016, she was invited by the Italian Ministry of Foreign Affairs to sing at the States General of the Italian Language in the World in Florence where the President of Italy Sergio Mattarella was present.

Ron graduated with music composition degree in Hong Kong Academy for Performing Arts. He plays the guitar and is especially interested in jazz music.

Ron co-operated often with different groups such as guitar duo, jazz quartet and quintet, etc. He played different styles such as jazz, blues, rock, funk, classical and contemporary music. He is a lecturer in the Hong Kong Academy for performing Arts.

He studied music composition with famous composers such as Clarence Mak and Law Wing Fai, which diversifies his style of his compositions, including the contemporary, classical, dance, symphonic and chinese. He now spends his time on practicing, composing, recording, teaching and performing.

Chan Kam Ming has been playing bass for more than 10 years. He studied with local artist/session bassist Tsang Tak Hong. In 2009, he went to The Players School of Music of U.S.A. and studied with renowned bassist Jeff Berlin. After he graduated, he has performed in music festivals such as Hong Kong International Jazz Festival, Hong Kong Summer Jazz Festival, Hong Kong People’s Fringe Festival and Clockenflap. He has played in different concerts, functions and weddings in convention hall, galleries and hotels for more than 10 years.

Anthony Fernandes is a versatile drummer whose work can be heard on more than 400 albums which include studio, live recording and numerous TV shows.

Anthony has played for more than 1,500 live concerts with more than 200 Canto and Mando Pop Artists since 1994, including the longest tour with Jacky Cheung from December 2010 to May 2012 performing a total of 146 concerts.

Anthony is an Endorser for Zildjian Cymbals and Yamaha Drums.

In 2017 Cheung established "Ensemble Transience". Their recent project "Composition & Improvisation", supported by Home Affairs Bureau Arts Capacity Development Funding Scheme, aims to explore more creative collaborations and musical possibilities between Jazz and classical musicians, and to promote musical education to the younger generation. In 2019, he curated and performed for the “Jazz Gala- The Legend and Beyond” at the Hong Kong Cultural Centre Concert Hall, as part of the celebration activities for the Cultural Centre 30th Anniversary.

In 2020, Cheung received the SHA commendation for his long term dedication towards promotion of Art and Culture. His independent band R.O.O.T. has won the 2nd place of the Best New Artist at the 903 Ultimate Song Chart Awards Presentation.

Teriver Cheung is an endorsed artist for the D’Angelico Guitars and Fender In-Ear Monitors.

Louie Lai-Lai started learning the violin with Prof. Wang Zong Dei at Xi’an Music Conservatory. She later studied at the Hong Kong Music Office and the Hong Kong Academy for Performing Arts, and finished her Bachelor degree at HKAPA, studied with Michael Ma. In 2005, she received a full scholarship from the Hong Kong Jockey Club Music and Dance Fund and went study at The College-Conservatory of Music in University of Cincinnati. At CCM, she studied under Dr. Piotr Milewski and obtained her Master of Music degree and Artist Diploma certificate.

Louie is an experienced orchestral performer. She has been working with Hong Kong Philharmonic, Hong Kong Sinfonietta, City Chamber Orchestra and Macau Orchestra. During her stay in the United States, Louie won 1st violin position at some professional orchestras such as the Lexington Philharmonic, Dayton Philharmonic and The Louisville Orchestra.  She also frequently performed chamber music and new composition by contemporary composers.

Bowen Tsz Wo Li, pianist and composer, graduated in Trinity Laban Conservatoire of Music and Dance. Actively performing and collaborating with musicians and art groups in Hong Kong since 2018, such as Chung Ying Theatre, Wuji Ensemble, Teriver Cheung, Film Director Tsai Ming Liang. He also played at music festivals such as Jazz Gala ‘The Legends and Beyond 2019’, Freespace Jazz Festival 2019 and Festival Hong Kong 2019 -- A Cultural Extravaganza in Shanghai.

She works with both classical/non classical musicians. Recently she performed with the HK Episodes Ensemble, Ensemble Transience. As a studio musician, she records movie music and pop music.